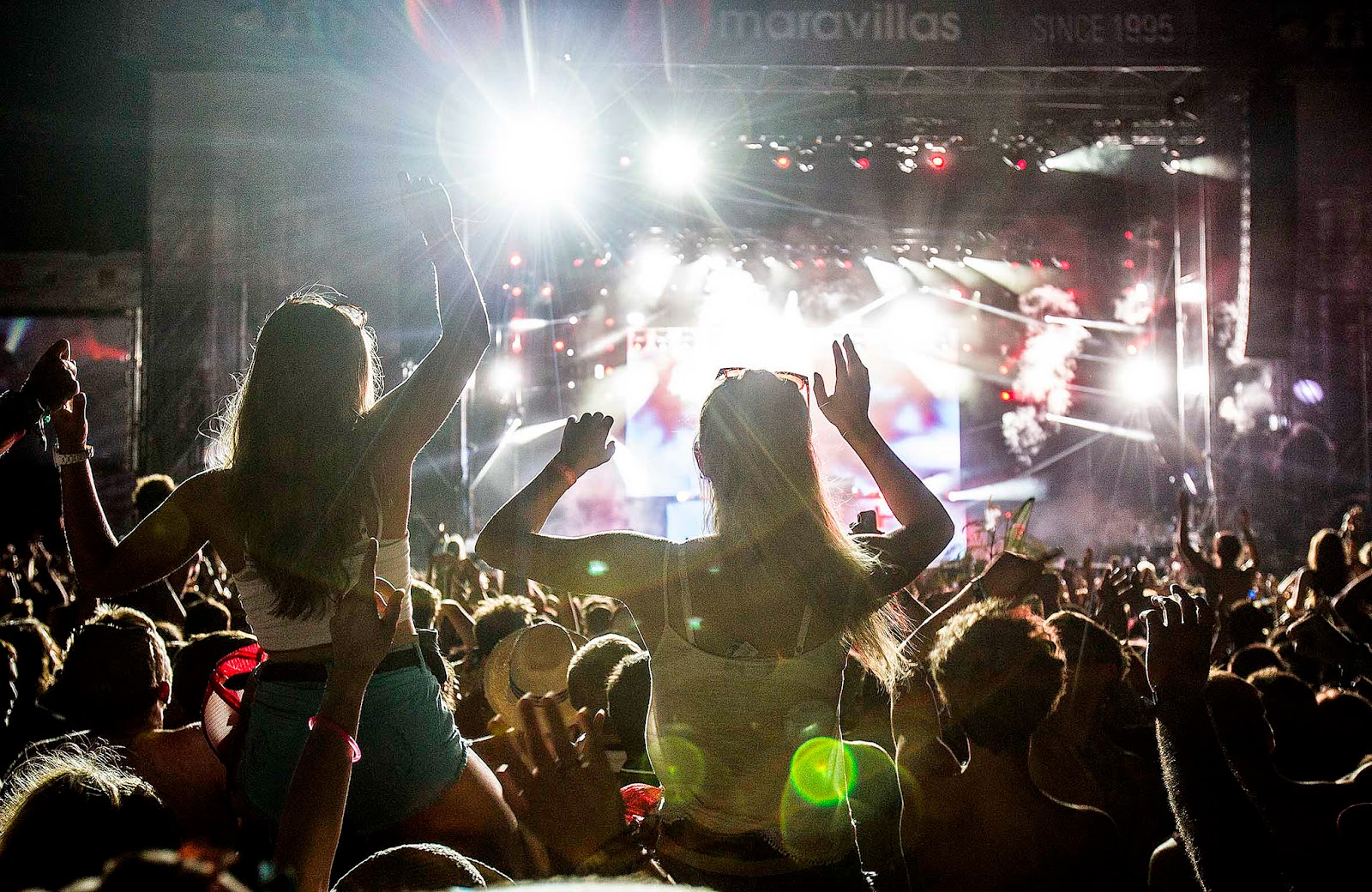 Sun, sea and sound, what could be better? Located next to the sleepy town of the same name, Benicassim festival (fiberfib) brings the British festival experience to altogether warming surroundings. With temperatures rarely dropping below 30 degrees across the weekend, it was a hot one and with some of the worlds biggest artists appearing, you couldn't have asked for a better holiday experience for music lovers.With mountains one side and the mediterranean the other, it really is a beautiful location.

But I digress, the weather and scenery were predictably gorgeous so lets switch focus to the music shall we? Lets start off with the mods. Paul Weller hit the stage early Friday to roars of appreciation both from the crowd and from the Gods apparently, for as soon as he strummed the opening chords of 'Wake up the Nation' a quite dramatic thunderstorm erupted next to him. Such was the ferocity of the lightning, I wouldn't be surprised if there were hidden images of Jesus sporting Doc Martens somewhere in the middle east.

Jake Bugg continued his march to world domination with an established set which should see him listed next to the modern greats of our generation. Blasting through a bumper-sized set, the Nottingham lad oozed confidence and at times appeared eerily reminiscent to his hero Johnny Cash. Wearing all black, playing hit after hit with a mixture of country, indie as well as pure rock & roll and taking it all in his stride, his set was a total triumph.

For some reason one of the must see bands of the festival was inexplicably playing the second stage. The Manic Street Preachers brought their new album 'Futurology' to the Costa Alzhar as well as their bursting at the seams back catalogue.  Kicking off with Motorcycle Emptiness, the 45 minute set was a joy from start to finish, with the Welsh contingent in the crowd significantly adding to the already feverpitch atmosphere.

However the weekend revolved around two headliners; Kasabian and The Libertines. Both were hitting the headlines, Kasabian for their show stealing set at Glastonbury the month before and The Libertines for re-uniting and conquering Hyde Park just weeks earlier. Two of the UK's biggest draws both delivering completely different headline performances. 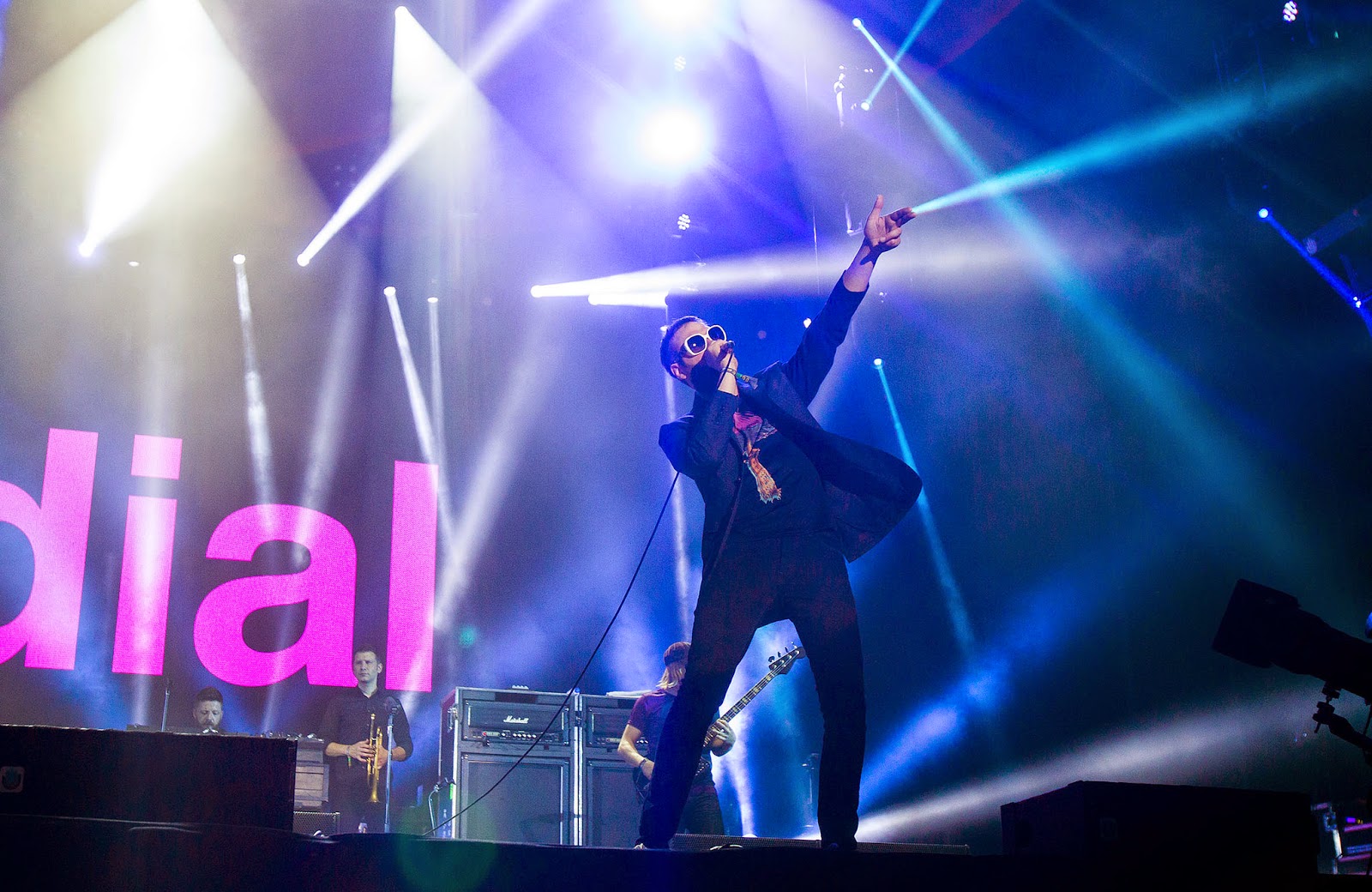 Kasabian exploded onto stage with new single Bumblebeee and didn't stop for breath for the entirety of their performance. 48:13 has been a landmark record for the band for many reasons and has well and truly rocketed them to the summit of the world rock scene. Everything about the performance screamed stardom, from the Spinal Tap-esque banter from Tom & Serge, to the mind-bending visuals flashing up behind stage. 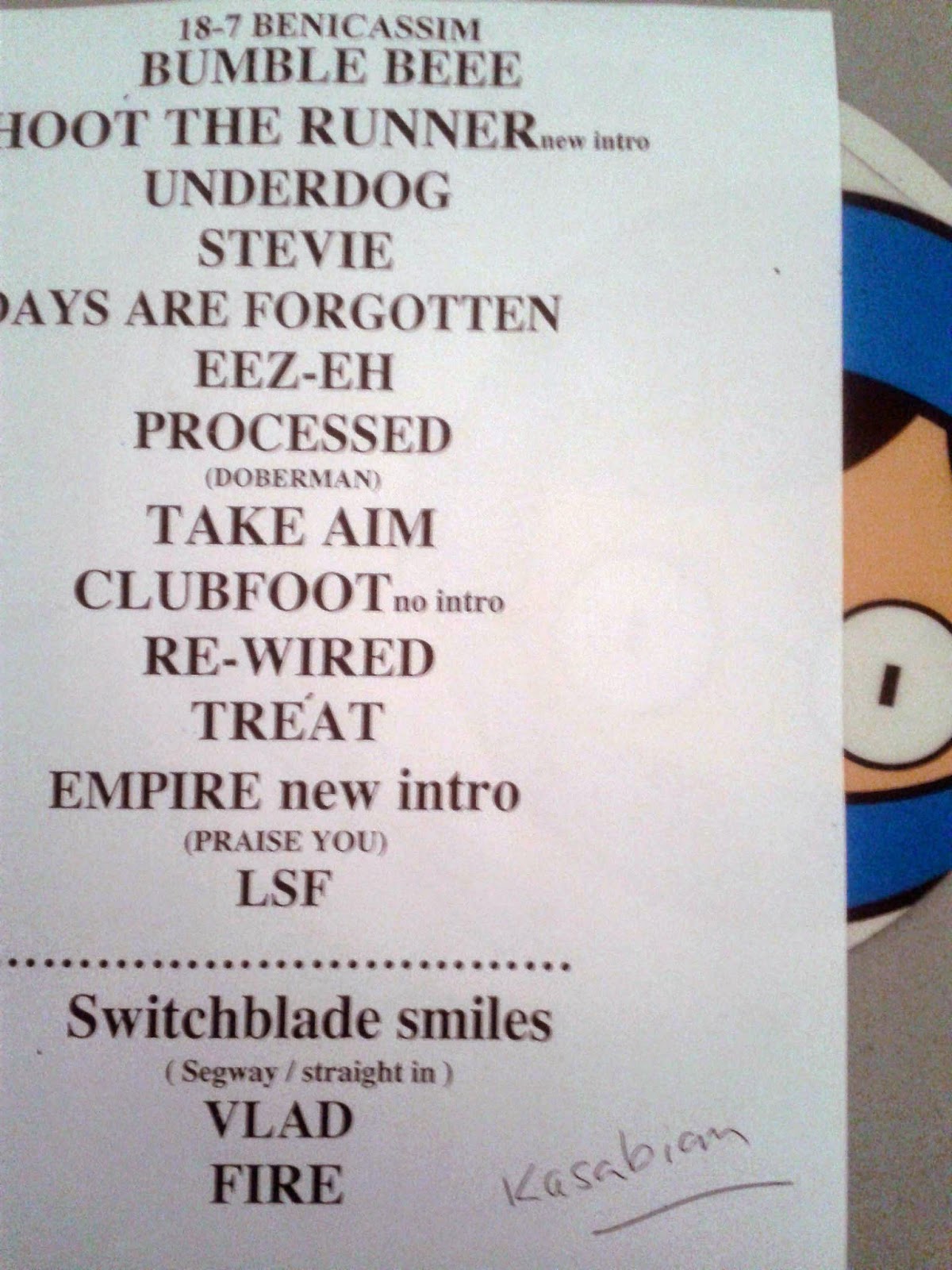 There is no doubt they deserve to be where they are however. To call their setlist a hit parade would be an understatement. Apart from newer tracks Treat and Stevie (future hits in the making) and Take-Aim from third album West Ryder Pauper Lunatic Asylum, every single track was a household favourite. The exclusion of Fast-fuse, Velociraptor, I.D and Goodbye Kiss is proof of just how spoilt for choice the band is nowadays. This was a band performing at the top of their game and making it look easy. 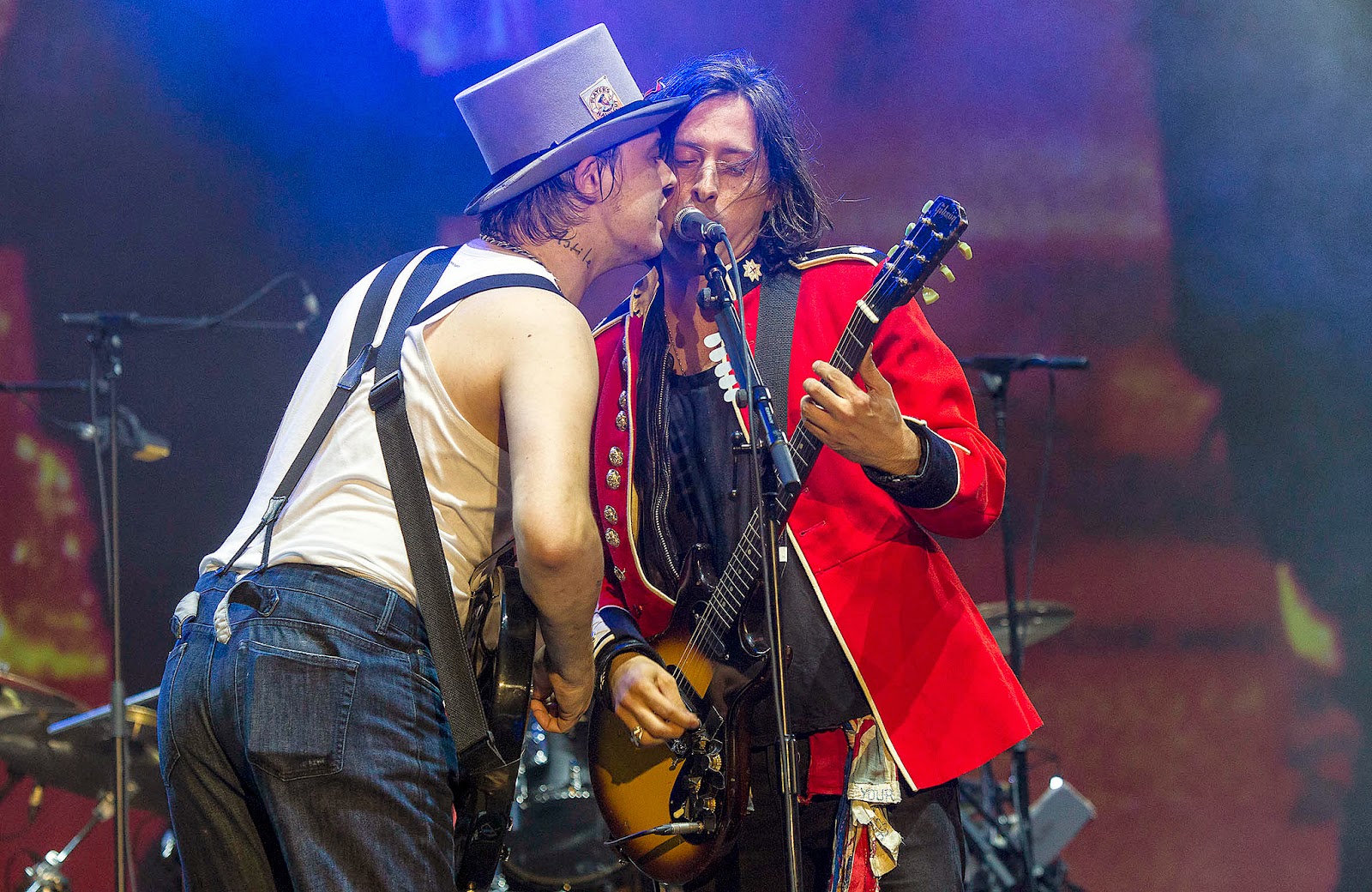 A stark contrast to the slick stadium heroics of Kasabian was the raucous rock riot of The Libertines who headlined the Saturday of the festival. Much has been said about the bands on stage relationship, particularly between Pete Doherty and Carl Barat, and its not until you experience it in the flesh that you see just how close/tense it really is. The band walked onto stage to a crowd reaction reserved for only a few bands in a generation. It was special. There were no fireworks, no accompanying visuals and no special guests. Just four musicians playing the songs their fans love. 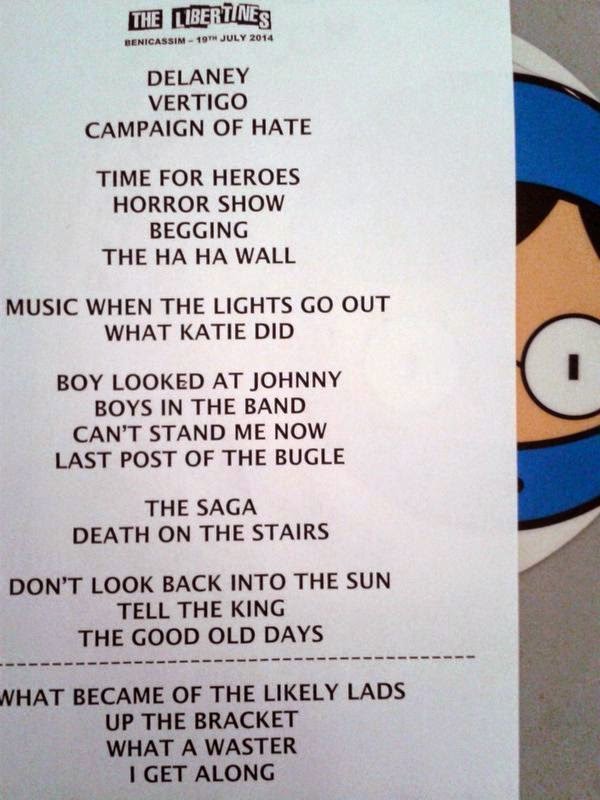 Pete and Carl were at odds with each other for the entire set. One minute they were sharing a microphone the next, staring daggers across the stage at each other. The intensity was palpable and the crowd loved it. Time for Heroes and Horrorshow were delivered brilliantly which is more than can be said for some tracks. The problem with playing in such an explosive act, is that the polish can come off during some tracks. Can't Stand Me Now is carried over the line by the crowd whereas Don't Look Back Into the Sun is something of a car crash...not that you'd know by the crowds reaction.

Personally I'm still undecided as to whether it was one of the greatest performances I've ever seen or an absolute shambles. One things for sure, it was unforgettable and in the end the fact that I'm still thinking about it a week on, speaks bundles as to the experience it was to witness.