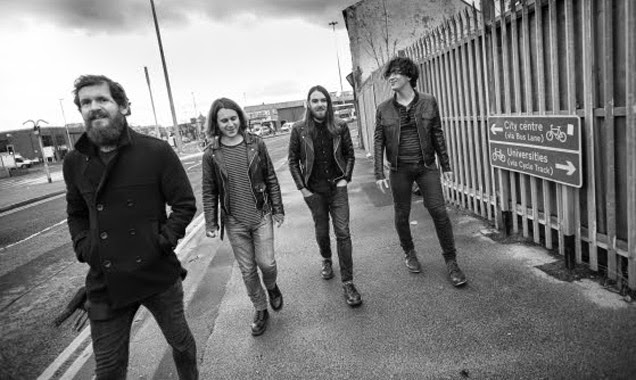 You know where you stand with Pulled Apart by Horses (PABH). Ever since the bands self-titled debut back in 2009 which introduced the masses to anthems “High Five Swan Dive Nose Dive” and “I Punched a Lion in the Throat”, the quartet from Leeds have been bamboozling audiences worldwide with their brash, balls to the wall rock n’ roll.


Having solidified their position in 2012 as one of the best British hard rock bands touring today with their sophomore record “Tough Love”, the question on everyone’s lips was what’s next? The answer came last week with the unveiling of the lead single from the third album entitled “Hot Squash”. It’s exciting times if you’re a fan of the band. The math-rock fury of earlier efforts is still very much audible, but it has put on a leather jacket and bought some raybans. It’s a groove based track with riffs a plenty.


Vocal wise, Tom Hudson is on fine form, however instead of an all-out frenzied roar it’s a more measured affair. It would be a stretch to call it singing, but it’s a fine growl which shows off his unique voice more so than usual.

All in all a fine listen and one that has certainly built up anticipation for their forthcoming album "Blood" which will be released on September 1st. Its been a long wait, but it looks like we're finally back to the fuck yeah.