Band of the Month #9: The Horrors 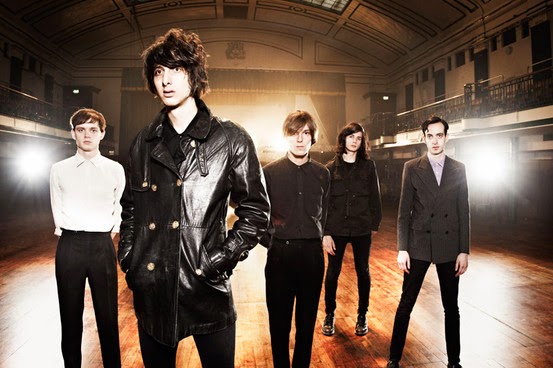 When The Horrors first appeared on the music scene, their name alone would have given you a very strong indication of what to expect. Conjuring up images of Dracula, Frankenstein and pals, the bands first album Strange House could have easily soundtracked any of these flicks with ghoulish keyboards and front man Faris Badwan howling throughout.

Since then the five-piece have gone though something of a metamorphosis.

Taking inspiration from their peers (most notably My Bloody Valentine) the band returned with second album, Primary Colours, transformed. Tracks including Sea Within a Sea, Scarlet Fields and Who Can Say signalled a move away from the horror-punk stylings of before with a more psychedelic approach taking hold. In an interview with The Quietus the band talked about how the recording of Three Decades was a benchmark moment in the recording process.

“The music at that point became a lot more cinematic. More evocative of certain things. That was kind of like the starting point, the signpost as to where the rest of it was going. It sounded amazing and it felt good and like something really special. It set some kind of benchmark for the rest of the songs. The whole thing happened in the space of about half an hour. And that was the excitement of it.”

The album achieved critical acclaim and dominated the setlist for upcoming live performance, Strange House was all but forgotten.

Skying was the bands third album and arrived in 2011, lead single Still Life was greeted with very positive reviews and the album didn't disappoint. A more mature sound, this album produced the best music the band had ever made, Moving Further Away, Endless Blue and Changing the Rain all solidified the bands position has an essential alternative act.

So having settled into their new sound and having produced big songs, popular with both critics and fans alike, what was next for the band? Album four of course! Entitled Luminous, it is due to be released May 5 and is tipped to be their best yet. Again, it's an album which explores territories untouched by the band in the past. In an interview with The Skinny Faris explains why the band refuse to stick with the same sound...

“We are a band of escapists, but escapism is also discovery, you know? That’s what making a record is. It’s unbelievable how many bands make the same record again and again. That’s like purgatory for me, the idea of that.”

The Horror's are such an exciting prospect because of exactly this, you never know what you're going to get. They've come along way since first appearing looking like b-movie extras, and with the amount of ideas and great songs coming from this album you suspect their journey is just getting started.

You can stream the new album below.