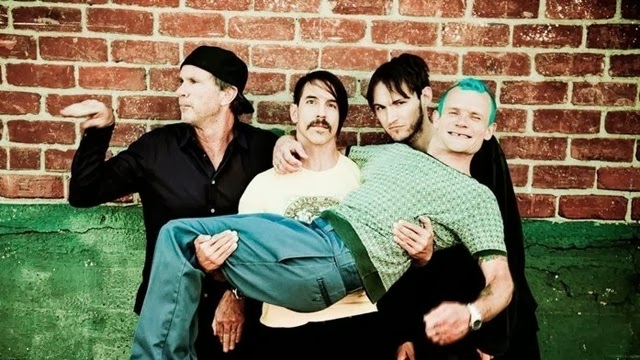 Bruno Mars was the man in charge of running the entertainment and did a good job to be absolutely honest with you. Big tunes, a big voice and performed inside a big stadium, good job Bruno. Around seven minutes into this performance something amazing happened, the Red Hot Chilli Peppers turned up and performed 'Give it Away'. It was great.

After this performance however there was a backlash. It turns out the band had been performing to a backing track with Anthony Kiedis adding live vocals on the night. Despite RHCP having already proven their musical chops through 30 years of performing together as a band, some onlookers still felt a little cheated by the revelation of their miming. This outcry led to the bassist 'Flea' writing an open letter on the bands website...

"When this Super Bowl gig concept came up, there was a lot of confusion amongst us as whether or not we should do it, but we eventually decided, it was a surreal-like, once in a life time crazy thing to do and we would just have fun and do it."

"We decided that, with Anthony singing live, that we could still bring the spirit and freedom of what we do into the performance, and of course we played every note in the recording specially for the gig. I met and spoke with Bruno, who was a beautiful dude, a real talented musician, and we worked out something that seemed like it would be fun."

During this monologue Flea also cited a few other performances where the band were forced to mime live on tv. The last time they did it was in the late 80s and were subsequently thrown off of our very own 'Top of the Pops', a show which has previous in the 'making rockstars mime' area. In fact they even asked Nirvana to mime their performance resulting in a errr..unique rendition of 'Smells Like Teen Spirit'.

So yes they mimed. But I think we can safely say put in the same position, almost every band performing today would have done the same. Shouldn't we be focusing on the fact that the RHCP should have been soul headliners for the half time show? They are a hit making factory, having scored more hits than than the Denver Broncos have scored points (a joke for all you NFL fans). Imagine if the halftime show had gone a little something like this...

Now that is a half time show! In fact, im going to start a petition for the band to headline the event next year. There'll be bass solos, topless dancing and hundreds of mentions of California. It will be the first entirely live Superbowl half time show and it'll make the headlines without the controversy of miming. Or Janet Jacksons boob.