What a year. In terms of music culture, things look very different from where we left it 364 days ago. The rise and rise of dubstep and EDM seems to have stemmed, Avicii introduced the world to 'farmhouse' which went on to dominate the charts and Miley Cyrus pulled a 'Doctor Who' and regenerated into a controversial pop icon.

More importantly bands released great music. Here are my albums of the year for 2013 in no particular order. 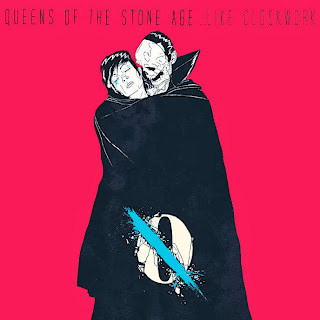 Rocks all powerful behemoths returned to the frame in 2013 releasing an album which epitomised why they're still considered the best in the business. Filled with so much bravado and power its pretty much unfollowable, meaning anything unlucky enough to be next on a radio playlist is going to sound a bit pathetic. 'Keep Your Eyes Peeled', 'I Appear Missing', 'If I Had a Tail' and 'My God is the Sun' provide the thrills whilst 'Vampyre of Time and Memory' and '...Like Clockwork' provide genuine heartfelt moments. All in all you'll walk away from this album feeling reborn, thinking to yourself why are all these fools fiddling around with synthesizers when you can create something so epic and so grandiose by just sticking with the classic 'rock inventory'. 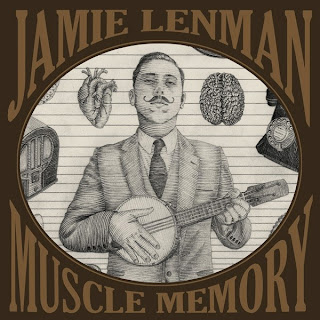 Former Reuben vocalist turned illustrator Jamie Lenman has been completely off the musical radar for a number of years now, a fact which I campaigned against in a previous post you can read here. So when he released a video featuring two new tracks in the form of 'Fizzy Blood' and 'Pretty Please' I was more than a little elated. The album 'Muscle Memory' consists of two halves. The first, a hardcore metal beatdown consisting of ferocious songs in the form of 'The Six Fingered Hand', 'Shower of Scorn' and 'The Fuck of it All'. The second is a more eclectic affair and subsequently displays the better songs which really showcase Lenman's musicianship and songwriting. 'Shotgun House' is a delicate acoustic affair, 'A Day in the Life' is a shanty sing along and 'If You Have To Ask You'll Never Know' is an all out folk ho down. Just in terms of pure invention this album is a must listen. 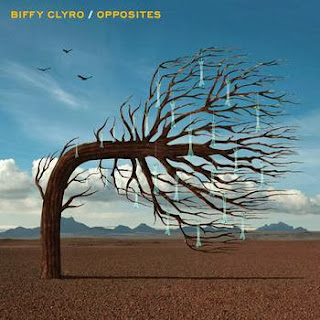 The second double album on the list. In terms of pure achievement, this album tops the pile. Having become a household rock name with their fourth album 'Puzzle' and pushing through with the stadium theme on 'Only Revolutions', prior to 'Opposites' Biffy had reached something of a cross roads in their career. Do they strip down their sound and experiment, or do they turn the amps up to 11 and launch headfirst into more bombast and lunacy? They chose the second route.
The problem with the band being a household name is that they've always been a bit too weird for their own good. With 'Opposites' they've embraced that and partnered with the scale of the double album it works perfectly. Unlike 'Infinity Land' (Opposites stylistic cousin) every idea is given a chance to breathe. 'Spanish Radio' is a full on mariachi style romp 'Biblical' is a soaring festival sing along and 'Modern Magic Formula' is an alternative rock riot. No weak links and no confused objective, just full on perfectly produced rock anthems. Mon the Biff. 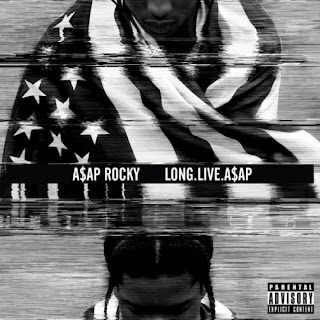 I predominately listened to three rap albums this year. 'Yeezus', 'Magna Carta Holy Grail' and 'Long. Live. A$ap'. All strong listens and all with very different styles of craftsmanship. Although Yeezus has been cited by many as the album of the year, I haven't had the time to properly digest it and make sense of the audio enigma yet. Jay-Zs latest effort is up there but Long.Live... just about pips him to the post. With glitch filled beats, his trademark deep voice effect and a host of great lyrics and samples this is an album with individuality and more importantly some great songs. 'Goldie', 'Wild For the Night' and 'Fashion Killa' all showcase everything the rapper has in his locker, uncompromising tunes that appeal both to the underground and the mainstream. 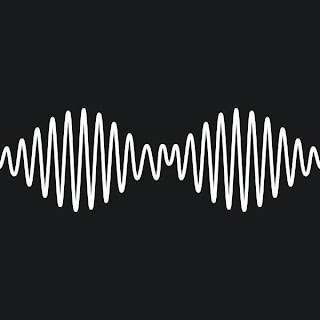 The all conquering album of 2013. Everyone expected this album to be good, which made its brilliance all the more satisfying. Layered with influences of their newly found L.A lifestyle, incorporating the Helders & O'Malley choir of backing vocals and embracing the old school rock and roll sounds of the 50s and 60s the lads from Sheffield have created something amazing.
From the soulful riff led 'Do I Wanna Know' to the John Cooper Clarke inspired 'I Wanna Be Yours' this album takes everything you thought you knew about the Arctic Monkeys and makes you re-evaluate what you think they're capable of. Concept albums, film scores, who knows!
Before this album was released they had already headlined Glastonbury twice, now with this, which is their best work to date, there are no limits to what they can do. With two sold out shows at the gargantuan Finsbury Park booked and a world tour ahead of them we might be waiting some time for a follow up, but while we wait at least there's this album to put on repeat.