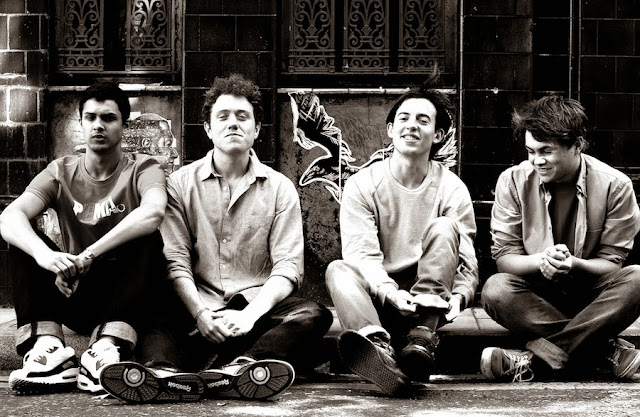 Liam Gallagher once told Bombay Bicycle Club that he would never listen to any of their music because of their 'stupid f***ing name'. What a way with words. Well Mr Gallagher may not be listening but the rest of world is, and we're loving what the lads have produced so far.

'Carry Me' is the first track to be taken from their fourth studio album due out in 2014 entitled 'So Long, See You Tomorrow'. With a prominent synthesizer riff, a house like beat and soaring ethereal vocals this is up there with the best thing the band have ever produced. Reminiscent of the atmosphere created on Radiohead's Kid A, the track is entirely self produced which makes the track even more of a triumph for the band. This will please fans old and new and you can expect it to be a staple in their sets for years to come.

So when can you hear the rest of the album? 'Alright Now' is available to download when you pre-order the new album which will be released February 3rd. You can also catch the band on their UK tour which will begin at the Leeds Academy on March 2nd.

Of course Liam Gallagher won't be doing any of these things, which is a shame. After all that psychedelica on the last Beady Eye record this might be right up his street, something to enjoy in his country house. Or is that Blur?