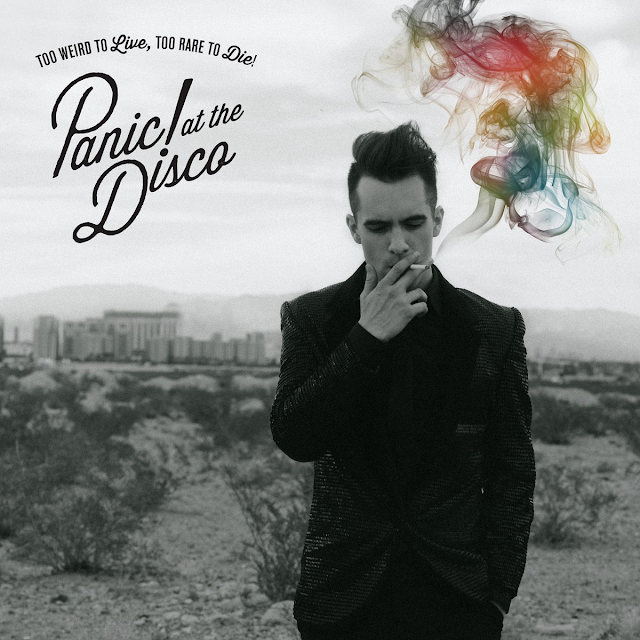 What do you remember about 2005? George Bush started his second term as president, London won the rights to host the 2012 Olympics and Hurricane Katrina devastated New Orleans. If you were a teenager at this time, you probably also remember the rise of bands such as My Chemical Romance and Fall Out Boy as they infiltrated their pop rock stylings into public consciousness.

Despite the popularity of these bands, it was another that released the track which would soundtrack that year. The song was entitled 'I Write Sins Not Tragedies' and it was penned by a young fresh faced act from Las Vegas going by the name of 'Panic! at the Disco'.

A lot has happened since 2005. The world is a different place and so is the world of 'Panic! at the Disco'. Having lost two of their founding members after the release of their second album 'Pretty Odd.', the remaining members (Brendon Urie + Spencer Smith) have been carrying on the bands legacy, releasing third album 'Vices and Virtues' in 2010 and their fourth album 'Too Weird to Live, Too Rare to Die!' earlier this year.

The new album is yet another departure of direction from a band who have shown that they're more than happy to experiment with new sounds. With a bigger influence on pop and electronics featured throughout, its an interesting listen with its fair share of highs and lows.

Lead single 'Miss Jackson'established the bands intent on creating something new. Sampling Janet Jackson, the track is strikingly familiar to Fall Out Boys return 'My Songs Know What You Did in the Dark', which sounded like something straight out of 'Cobra Starship's' back catalogue. Not great.

However when the band do get it right the results are fantastic. 'This is Gospel' is a mix of soaring vocals, electronic gadgetry and massive choruses and 'Vegas Lights' may very well be the best thing the band have ever produced.

So where do Panic! at the Disco fit into the musical landscape of 2014 and beyond? With a strong back catalogue and an army of loyal fans they'll be just fine, but you can't shake the feeling that despite all of this they're still outsiders. The theatrics may be gone from their stage show (along with the eyeliner) but its still ever present in the music.

In fact the band sound as absurd today as they ever did and thats the mark of a great pop outfit. They've managed to move with the times and are unafraid of following their creativity down bizarre avenues. 2005 it's not, but nine years on Panic! At The Disco are still the soundtrack to teenage angst, and thats exactly where they want to be.