This is the full unedited version of an interview I did for ESP Magazine. The guys at Fenech-Soler were great and I wish them all the best on their 'Rituals' tour. The interview talks about the trials and tribulations the band have been through over the past few years. Since their debut release a lot has happened. Read on for the feature! 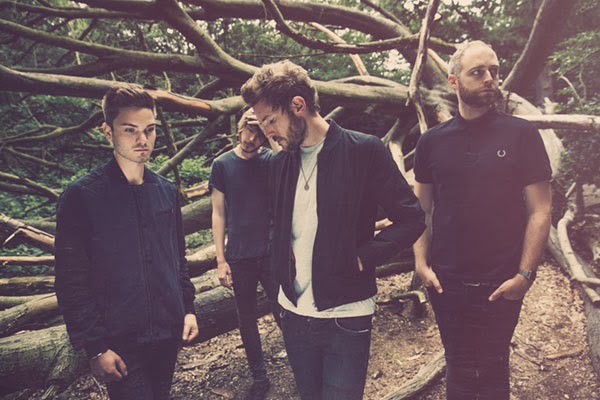 
The year is 2006 and four guys from Kings Cliffe are sat in a front room plotting their master-plan. Their goal? Simple, to conquer the world with Indie Electronica. Fast forward seven years and fresh off a tour supporting American fashion punks Paramore, Fenech-Soler are ready to execute phase two of their master-plan entitled Rituals. I caught up with Ross and Dan from the band to talk about their journey so far, the new album and setting their sights for Europe.

Championed by Radio 1, cracking the top 40, extensive touring and a cancer scare. One might think after a debut campaign as hectic and at times terrifying as theirs that Fenech-Soler have earned a little time to themselves. To the band however this couldn't have been further from their minds…


Ross – 'As soon as we finished touring the last record we started work on Rituals, a lot of bands work on stuff and do writing whilst touring but we were just so busy that we didn’t think about it, in hindsight it would have been good to get some recording done.'

So it was literally step off the tour bus, sit down and start writing again?

Ross – 'Yeah we didn't really have a break we finished touring around Christmas and yeah straight into the studio January.”

Dan – “It was a bit of a weird touring process for the first album because obviously Ben was ill for quite along time so we had to cancel dates and support him and resume when he got better so it was quite a long campaign.'

You touched on Ben there who was diagnosed with Testicular Cancer in 2011, first of all how is he?

Ross – 'Yeah he’s absolutely fine he’s been clear for coming up to a couple of years now so yeah all good.'

That’s excellent news! I remember reading that there was a piano in the ward where he was being treated. Did any of the chords/ideas he was working on make it into the new record?

Ross – 'I think there are a few chords off the record that he came up with then, he’s actually written a track called Rituals that didn't make it onto the album, that was kind of the start of the writing process and he wrote the chords for that in there.'

How did that news affect the band? It must have been a difficult time?

Dan – 'It was obviously a massive shock initially and we just wanted to make sure that Ben was going to be ok. It was just one of those times that propelled us to work harder and even Ben who was battling with this illness was still working.'

'We just tried to carry on as normal really and looked ahead to the Summer where our first gig back was scheduled to be Glastonbury. We marked the festival shows as a time when we hoped Ben would be fit again so those were our goals to work towards.'

The new album Rituals is a cavalcade of synthesizers and pop hooks, how many hours did the band sit in front of a keyboard making it?

Dan – 'I think we spent the best part of a year! After the ups and downs of the first album we just wanted to spend some time doing what we wanted and to make sure that the record was bigger and better than the last.'

Ross – 'We’d never sat down to write an album without having to tour in the middle. Whereas the debut was a collection of songs we had at the time put together as an album, with Rituals we wanted to work on it as a whole.'

'We feel it sounds better as an album and when you listen to it you can tell that it was made over a certain period of time. We really took our time with it because we wanted to make it as good as possible.' 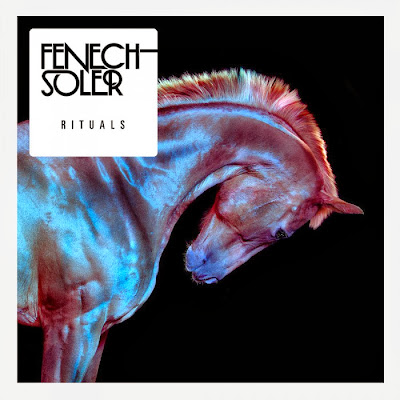 EDM really started to blow up around the time you were writing the record, did that have influence on you when writing the album?

Ross – 'Around the time we were making the album, ‘Dubstep’ was a massive movement and it was something we didn't feel part of. It felt like a lot of the melody had been taken out of dance music and replaced with this ‘acid synth trip’ that everyone was going mental over.'

'That didn't have any influence on us and that’s why we didn't mind taking our time because we knew that it would all blow over. Now the more house style of music is becoming more prominent and it’s brought back melody which is great.'

Dan – 'Over that period we all had our own individual influences that we were listening to and when we were recording together it was a case of finding our own sound as opposed to letting anything particularly affect that.'

Ross, you mentioned Melody there, it is ever-present throughout the album even on tracks like Last Forever which has a House style beat to it.

Ross – 'Yeah that’s all we know, before we even got into electronic music we were into stuff like Disco and Soul which was all melody so that’s always been a massive part of what we do.'

The albums finally out are you happy how it has been received?

Dan – 'Yeah really happy with it, I think we've accomplished what are aims were which, to make a better album than our first and grow as a band.'

Ross – 'We spent a long time creating this album and to have it finally out there is an exciting experience and getting a positive response is nice because it was just us listening to it for a year so you get a bit paranoid as to whether it’s any good or not.'

Now you can focus on the live side of things, you’ve just finished supporting Paramore for a section of there arena tour how was that?
Dan – 'Fantastic, it was one of those things that we got invited on and we weren't sure if the musical mix would gel but it worked well and for me it was one of the most fun tours I've been on'.


'It was also nice to get out and play some big crowds in Europe because most of the shows we've been doing have been predominantly UK based.'


How was it playing to European crowds? Bands like Friendly Fires and Hurts who create similar melodic electro have been received very well out there, is that a territory you’re looking to explore?

Dan – 'Absolutely, the response we got from the shows with Paramore was phenomenal. It was great getting back out there because it’s been a while and it’s definitely somewhere were we are going to tour extensively in the upcoming year.'

You’re about to head on your own headline tour, are all the new songs ready to go?

Ross – 'We're three quarters of the way there! We've been playing a few songs from the record on the Paramore tour and at the summer festivals but our goal is to be able to perform Rituals in its entirety so we've got some work to do'.

'It’ll be nice to have two albums to choose from, in the past we’d play our ten songs and then we’d have to get off because that’s all we had! So it’ll be nice to experiment with set lists a bit.'

I noticed there wasn't a Peterborough date on the upcoming tour, are there any plans for a homecoming show?

Ross – 'We’re always pushing our booking agent to sort something out so there will be something in sorted out in the future!'

Dan – 'Yeah in our November tour I think the closest show is at Nottingham but we've got a tour which has been penciled in for the New Year so hopefully we can get Peterborough in on that!'

At the moment the Peterborough music scene is under the spotlight, obviously yourselves coming from kings Cliffe and We Are Fiction being championed by BBC Introducing, have you got any advice you’d like to give to local bands about how to progress in the industry?

Ross – 'Play a lot of shows and get out there, recording as much as possible, you can do so much at your own house now and that’s what we used to do because studios can be so expensive for bands starting up.'

'Get out to other areas. We always tried to get down to London as much as possible because things move quickly down there but also build up a local fan base. That’s the way to do it.'

Fenech-Soler’s new album Rituals is out now and is available from iTunes. For tour dates visit www.fenechsoler.co.uk.