The full unedited version of an interview I did for ESP Magazine. Foxes or Louisa Rose Allen was lovely and she is experiencing the success she deserves. From creating club bangers with Zedd, to storming the UK charts with her brand of pop, Foxes has only just begun her dominance. Read on for the feature. 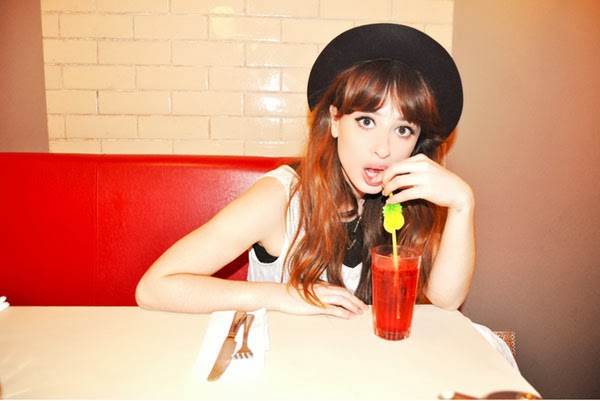 Having already scored a top 10 Billboard hit across the pond with her track Clarity, Foxes is fresh off finishing her first ever UK headline tour and is tipped for the bigtime. But how did we get here?
Foxes – previously Louisa Rose Allen – tried her hand at studying music but dropped out when she realised it wasn't the studying part that she enjoyed. Now 22, she’s already featured on tracks by Rudimental and Fall Out Boy, and her latest single Youth’ has tastemakers on both sides of the Atlantic hot under the collar.
I caught up with pop’s rising star…
Can you tell us about how the past year has been for you? It must have been like a whirlwind!
“It has, it’s been absolutely crazy. It’s been like America here, America there, travelling back and forth and yeah It’s been ridiculous, I've definitely had a ‘featuring Foxes’ year.”
You've just released the single Youth can you tell us a bit about the track?
“Yeah it was one of the first songs I ever wrote when I had the vision of what I wanted Foxes to sound like. It appeared on Gossip Girl last year and it kind of took a backseat after that and never really got a proper release because I went on to do all these features and wasn't focusing on my own stuff. But yeah I think now it’s really nice to put it out properly.
“It’s a very personal song for me, I wrote it when I had first moved up to London. At that time it felt like my friends from my hometown thought I was running off to pursue this dream that wasn't a reality and I thought to myself why can’t I just do what I love? Why is there this pressure to grow up and get a job I hate?”
You studied music in London for a year before dropping out. What about that experience didn't you enjoy?
“It just wasn't for me. The theory part of the course was overwhelming and at times it felt like I was learning Chinese. So I dropped out and started playing Open Mic nights and started  getting myself some real life experiences in the industry instead of learning about them in a textbook.”
Artists can spend their whole career trying to crack America and you've done it before releasing your first album!
“I know and that’s mainly down to the success of Clarity. It’s overwhelming to be honest with you, to have so many people out there recognise my voice and a song that I feature on being so successful in the Billboard chart is crazy. When I come back home to the UK it’s nice to be under the radar almost, I can just relax but it is confusing, it’s almost like I've done things the wrong way round.”
You mentioned you’re collaboration with Zedd, Clarity, how did that come about?
“Well we moved around in similar circles and I knew a lot of people in that scene and I knew of him and one day we skyped and put together a plan. It’s funny it wasn't until after we skyped that I actually looked him up on Wikipedia. After that I was like wow, this guy is a big deal, but we’re good friends me and Zedd.
“I also collaborated with Fall Out Boy (FOB) for a song on their new album called Just One Yesterday and again those guys are my friends as well, they’re all really down to earth and cool. Yeah it’s very flattering to be involved with them.”


You've also worked with Rudimental on their single Right Here, both that track and Clarity were ‘dance’ tracks is that the sort of genre you like to work in?
“No not really, I actually think the FOB track is more my sound I definitely see myself as more of a pop artist. The dance thing though is great, I love all sorts of music so helping out on those kind of tracks is really interesting and lets me experiment and keeps things exciting.”
What were your influences growing up?
“My older sister introduced me to a lot of great bands growing up, Bjork, Kate Bush, great artists you know Massive Attack, Portishead but I also love pop music like The Spice Girls and Aqua as well as you know, real artists.”
So you hope to be a real artist making pop music?
“Definitely. I try to include strong messages in my music and the subjects in my songs are very personal to me. I think it’s vital if you have a voice to say the right things.” 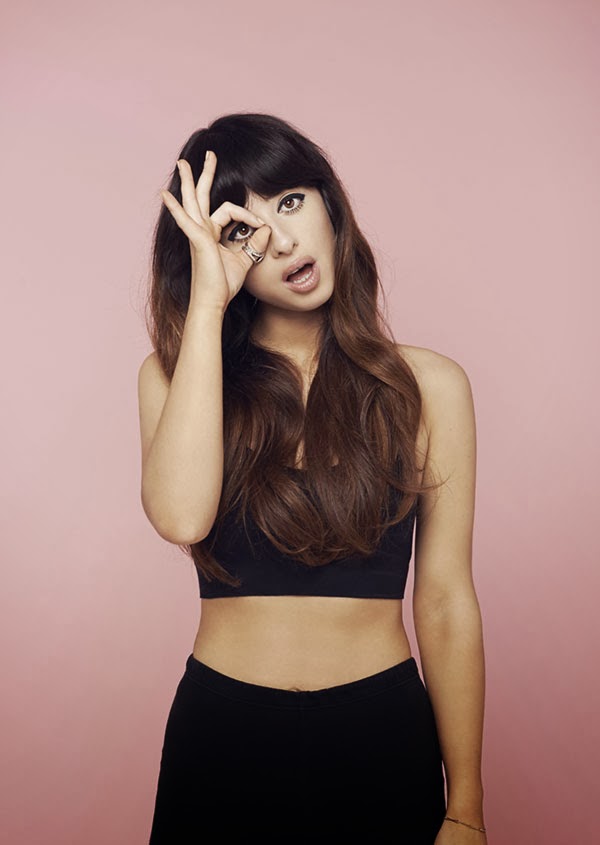 You’ve released several E.Ps and singles thus far, can we expect an album soon?
“Yes the album is gonna be released, hopefully early 2014. It’s very exciting it feels like I've been waiting for the release for ages so its great that it’s finally coming out.”
Can you give us any hints as to what the album sounds like?
“Yeah we actually sat down in the studio and listened to it and it really is an array of different sounds! There’s some great anthemic pop on there some fast high tempo songs as well some atmospheric moments which I hope will connect with people.
“When making the album I really wanted to include songs that weren't just straightforward singles you know, I wanted some proper album tracks on there because they’re the songs I used to enjoy listening to as a kid. I think those tracks gives the album depth.”
Did you think about calling back in some favours from the artists you've helped out?
“It did cross my mind, at one point I was thinking ‘I wonder if I should get Zedd in’ but I decided that it could get ridiculous and set a precedent for me having features on my songs for the rest of my life!
“I decided the debut album would be a good time to start my own thing aside from the features. Of course I would love to work with them all again in the future and I'm sure we will.”
Foxes’ latest single Youth is out now and her new single Echo is set for release on November 11 on 7-inch vinyl and digital download.
Alex Jones