For Your Viewing Entertainment #2 - Meeting People Is Easy

Meeting People is Easy follows the British rock band Radiohead during the world tour of their 1997 third album 'OK Computer'. Despite being their most commercially successful album the band have called this period the low point of their careers. This documentary chronicles the media circus that consumed the band for the entirety of that tour.

A must see for any fans of the band or anyone who perceives the industry to be nothing but money and supermodels. The film hammers home the point that fame and fortune is no substitute for happiness. The band are paraded from one interview to another, from one show to another and to one award show to another with no time for anything like a social life. They stop becoming artists and start becoming a commodity.

The direction of the documentary is also something to be marveled at. Live footage, interview clips and soundbites are all interspersed along with some excellent cinematography to give the film something of a lucid quality to it, no doubt to encapsulate the mindset which was ever present in the band at that time. 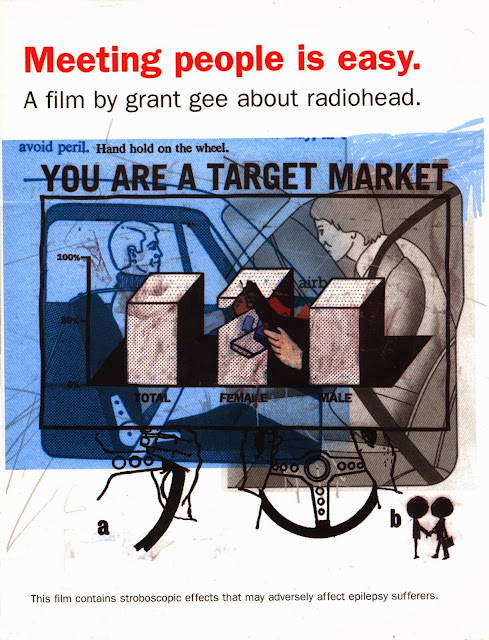 The whole thing can be found on Youtube or you can buy it from here >  (http://www.amazon.co.uk/Meeting-People-Is-Easy-DVD/dp/B00004U40O) Below is an excerpt of the documentary featuring one of my favourite tracks Exit Music (For a Film).