An interview I conducted with pop punk outfit White Clouds & Gunfire for ESP Magazine. The band are currently riding high off their debut release (which you should all buy by the way) and are well on their way to breaking into the higher rock consciousness. Unashamed noisy raucous fun. Read the feature below. 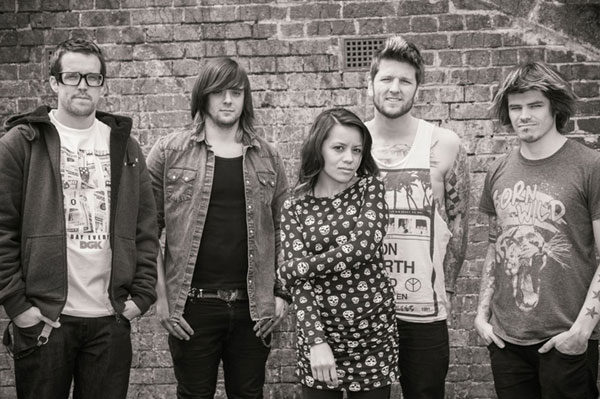 Energetic, entertaining and highly contagious. Peterborough’s very own White Clouds and Gunfire (WCAG) have just released their debut album ‘For All the Non-Believers’ and are plotting their next step towards world domination. I caught up with Evey, the lead singer of the five piece rock outfit to talk about their new album, their new label and their new ambitions…

Towing the line between the rock musicianship of Green Day and the pop melodies of Lady Gaga, WCAG have established themselves with music fans and critics alike as ones to watch this year. With a sound that’s asking to be moved to and a live show that rarely drops out of fifth gear they’re a band who have partied their way to success. So what can we expect from their debut release?

Evey – “The album is an honest representation of where the band is at this moment. We just hope people listen and enjoy it! It’s daunting to be releasing it to the world actually, but so far the feedback’s been really positive.”

And why wouldn't it be? New single Poison is a slice of anthemic pop that will burrow itself into your head for weeks if you let it. With songs like this as well as a blistering live show under their belts WCAG are a force to be reckoned with. So why after seven years are the band just now becoming the target of critics’ attention?

“The band’s gone through several different line-ups along the way,” Evey explains. “I joined originally to do the synths and help with backing vocals but after our lead singer left I volunteered to front the band which is something I'd never done before! I think we've finally found our sound and the new album is the best stuff we've ever written.” 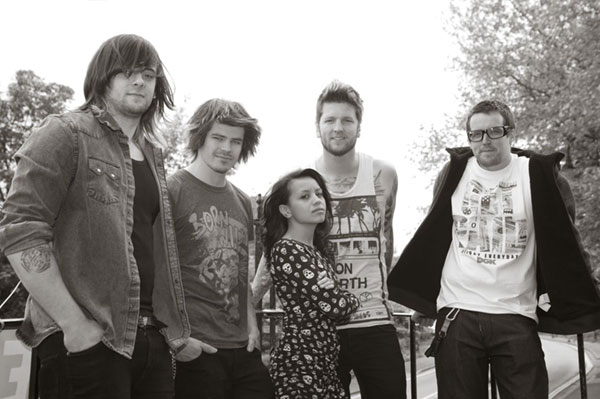 Having recently been signed to I Am Mighty Records the band has just finished a UK tour which saw them scale the length and breadth of the country. So now that they’re back in town can we catch them playing in a more familiar environment?

“We’re playing at the Met Lounge on Friday September 20 with Phoenix Calling (another Peterborough band) and go back out on a UK tour at the end of October!
“Our shows are 35 minutes of fun!” Evey smiles. “Me and the boys have such a great time on stage and our enthusiasm is contagious. The one thing people say to us over and over again is ‘wow, I wasn't expecting that!’”

Just like the Spanish Inquisition, nobody expects the antics of a WCAG show. So what’s next for the band? With a label backing them and an ever-growing fanbase the band can afford to relax a little right?

“No! That’s what everyone thinks – that once you’re signed you can breathe a little easier. To be honest we've done the exact opposite. We’re planning the next music video, sorting out the next tour and keeping busy! It’d be our absolute dream to take part in something like The Warped Tour so we’re going to keep working hard to make that possible.” 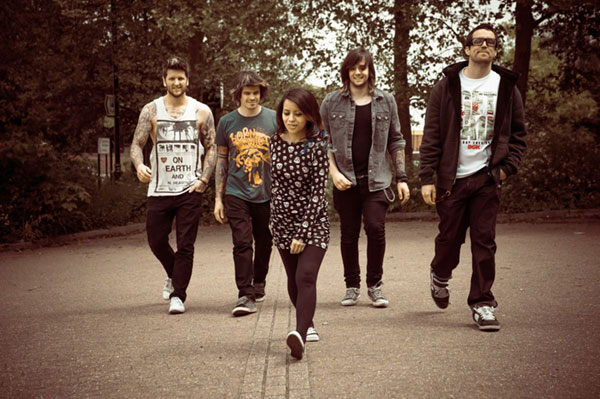 With a thirst for success and a religious like dedication to succeeding WCAG are on the rise. If you’re yet to join the church of Pop Rock prepare to be converted.

New album For All The Non-Believers is just out now and you can catch the band live at the Met Lounge on Friday September 20. New single Poison is available on iTunes.
Photos: Andrew Appleton
Alex