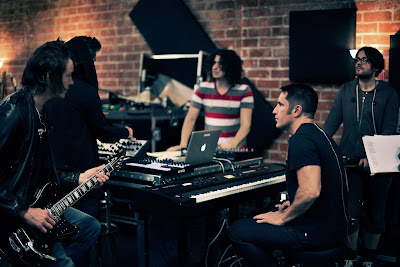 Having placed his Oscar award winning film scoring career to one side as well as putting his side project How to Destroy Angles on the back burner, Industrial deity Trent Reznor has resurrected Nine Inch Nails who have just released their first album in five years 'Hesitation Marks'. Along with this new release they have manufactured a mind bending stage production to accompany them on their upcoming tour dates. He's been busy.

In the five years NIN have been away the musical landscape has changed dramatically, so can we expect a trap-laced album filled with guest appearances from up and comers from the grime scene? Well no. Pop culture has been the subject of nothing but ridicule from Reznor for the entirety of his career, so there are no worries of a drastic direction change in that sense. So what does the new record sound like? In an interview with Rolling Stone Trent Reznor discussed Hesitation Marks and its, at times, quieter sound.

"I don't think it's a gentle record. I do think it's more subversive in how it gets you," Reznor said. "It's not about everything being at 11 and the pyrotechnics of sound and scare tactics, which I've definitely used in the past. But it doesn't feel like the middle-aged, I've-given-up record either."

He then went onto discuss 'Downward Spiral', the concept album he released twenty years ago which followed the story of a character's descent into despair, a descent that Reznor himself would find himself involved in after a battle with drugs and alcohol. He explains how the new album looks back at the themes related to that album and the process it was created using.

"I felt very aware that it's 20 years later, and I'm still that guy," Reznor said. "I know that guy, and I feel for him. I don't resent him, I don't miss him. But how would things feel on the other side of that now, in a much more stable life place, mentally and physically, and with a new family?"

"The incentive has changed. It's not about, 'I'm going to kill myself if I don't get this out of my head.' But the excavation and the architecture behind it, the motivation behind it, is similar." 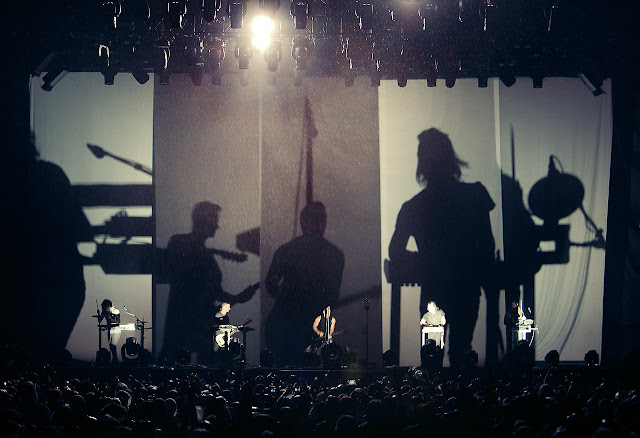 As mentioned in the beginning of this post Nine inch Nails have put together a quite astonishing stage show to accompany them on their upcoming shows in support of 'Hesitation Marks'. You can watch a short documentary on how this was created here (click here) and you can also have a look at a snippet of the finished product below.

Summing up, Hesitation Marks is a strong return from a band who promised nothing less. So with NIN well and truly back in the frame, what can we expect from Trent Reznor and co? Well having announced the tour production they are currently using is to be scrapped at the end of their current run of dates who knows! Nothing is sacred and everything is possible. Forget Oscars, NIN are coming for your souls.