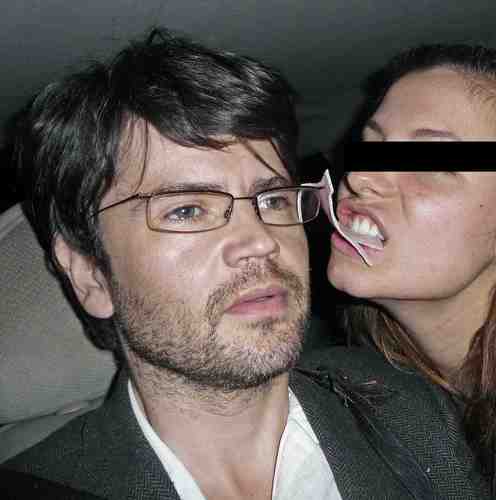 When I first approached Trevor Lock for an interview, I was aware that like most comedians, he was in possession of an incredibly creative mind, however I was unaware of just how intelligent he was. An established stand up comedian, he has worked with Stewart Lee and Russell Brand as well as many other top comics. Described by "The Independent" as 'Strangely charming and irresistible, absolutely entertaining' and by "London is Funny" as 'In a different league really' he is undeniably a humorous fellow.

The interview below was conducted over Facebook (how very 21st century) and contains questions about his Edinburgh Fringe Festival experience this year, as well as questions about cognitive thought and action. Quite diverse and different! In fact in that sense it's not unlike Trevor's delightful brand of surreal comedy.

*
You've been up at the fringe festival for the last couple of weeks. As a seasoned veteran of the festival how was your experience this year?

Trevor - It was one of the best festivals this year. My show got bigger and better as the month went on. And I met some lovely new people.

The show is called ‘Nude Echo’ how did the title come about? Are you fully clothed during the show!?

Trevor - I just like the sound of the words - the impossible images Nude Echo alludes to. I'm not really nude in it although the show changes a little every day. So you never know. Certainly spiritually and emotionally I'm partially undressed.

You are one of the few people in the world to have broken through Jeremy Paxman’s cold exterior and made him giggle! On University Challenge no less. Can you tell me about that magical moment?

Trevor - My team was losing heavily and so it seemed acceptable to say something silly in reply to the question "name another official language of the UK". I'd been surprised how seriously everyone had been taking the show! I thought it was going to be a bit of fun but everyone was nervous. It was like waiting to go into an exam. 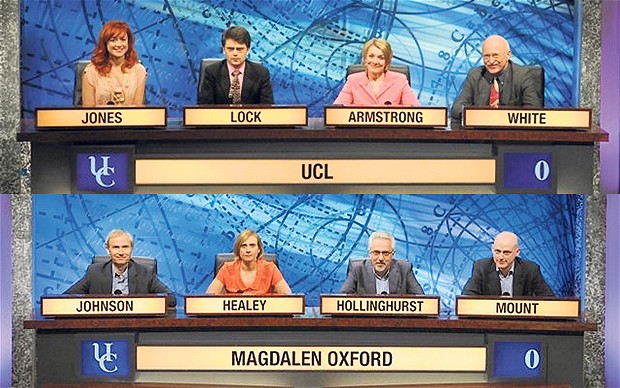 One of the contestants on another team - a famous actor - couldn't remember his own name. Three times in a row he introduced himself as his female teammate instead of himself.

I've always had difficulty understanding how people take seriously tests of facts anyway. Whether it's an exam or a game. It seems even more absurd now there's the internet. Where is the skill, art, charm or personality in just knowing a lot of facts?

I think shows like University Challenge are an example of how dumb the brightest people in our culture have become. Intelligence as a game of tennis with facts.

Calling a show like Mastermind, Mastermind, seems to me like a joke. Master Memory, Library King or Wikipedia Addicts would be better titles

You still have quite a following from your Russell Brand radio show days. How was your time on the show? How often do people reference the show to you?

Trevor - I did the show for less than a year on 6 Music and a little bit on Radio 2 but people still seem to remember me from it as much as from doing two series of TMWRNJ (This Morning With Richard Not Judy).

The following seems to be international and mainly online. I seem to have a separate live audience. The people who come to my gigs have more overlap with Lee and Herring than Russell Brand.

Almost everyday I get a message or something online from someone somewhere because of the RB radio show/podcast.

About your address at the Oxford union. You refuted Descartes maxim 'cogito ergo sum' by tipping a glass of water over your head. What was the thought/reasoning behind this action?

Trevor - In the Meditations where the famous cogito ergo sum is from, Descartes is trying to find something he cannot doubt. And he arrives at thought. He can doubt the truthfulness or accuracy of what he is seeing or hearing and he can doubt the contents of his thoughts but he cannot doubt that there is some thinking happening. So that was where he started from. The basic foundation the solid rock that cannot be doubted is that he thinks. Therefore he is. Etc. 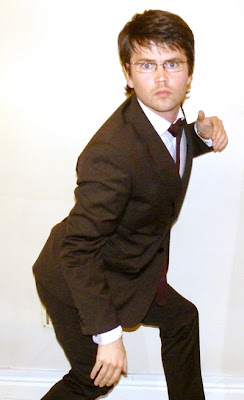 I didn't want to argue for this verbally. I wanted to point to it practically so I tipped my glass of water over my head. And I think people were a little bit surprised, which was what I suppose I intended them to be but I have no idea if this was effective in pointing up this fundamental basic awareness in which thoughts appear.

Interesting. So a concious thought is a construct far further along the 'brainwave timeline' (apologies not a scientist) to be considered the foundation of all being?

Trevor - A thought is just another thing in consciousness like a sight a sound or a smell there's something that knows a thought. A knowingness. A consciousness. An awareness.

Have you ever thought about a career in philosophy?

Back to Edinburgh, what advice would you give to young fresh faced comedians who have never been to the festival before?
Trevor - I have no advice to give young comedians! Do it for yourselves, have fun and go to see lots of different shows, things you wouldn't see normally.

To find out more about Trevor Lock visit his website trevorlock.org.