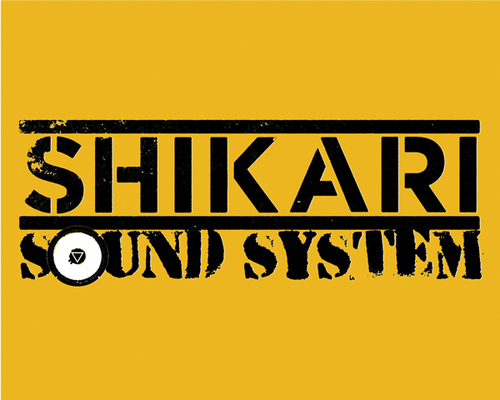 Described by lead vocalist Rou as 'The same 4 scallywags but playing a live dance set' Shikari Sound System (SSS) are the electronic kid brother of noise merchants Enter Shikari and they are readying up to rattle a few rib cages with their brand of devastating dance.

“Expect re-worked Enter Shikari tracks along with classic remixes and new surprises. Expect eerie live electronics and tent-peg-dislodging basslines. Expect a tour through many dance tempos and electronic genres that have been a constant inspiration to our band’s sound.
Combining both live instruments and percussion with dub-plate wizardry, this is one for the skankers, the steppers, the movers and the shakers."

The words of SSS pulled from their official website as they try to give people an insight into what to expect from this new project. Of course actions speak louder than words and if the nine minute mix the band have just released is in anything to go by, fans new and old should be happy.

Starting off with a drum and bass remix of System/Meltdown, this is a side project for dedicated ravers with the tempo never dropping below breakneck. Snippets of Sssnakepit, samples courtesy of Rage Against the Machine and drops that would make Skrillex blush prepare yourself for some full on electronica.

Eager for some more? Huw Stephens invited SSS down to perform a Live Lounge performance on his show in which they performed a remix of 'The Paddington Frisk' as well as this great cover of Ben Howards 'Keep Your Head Up'.


So where can I see these lads perform live? Well your best bet is to check them at Reading and Leeds Fest next weekend where they are scheduled to headline the Rock tent. Other than that they are yet to announce any dates (excluding a sold out show at Electrowerkz in London).

Until then the preview mix will have to suffice! So what do you think? Are you excited about the new direction the band have taken? Or are the lads best sticking to what they do best and accompanying the electronics with heavy metal riffs, like in this devastating version of Mothership.