Breaking Bad: Has It Dealt Its Way Into a Corner? 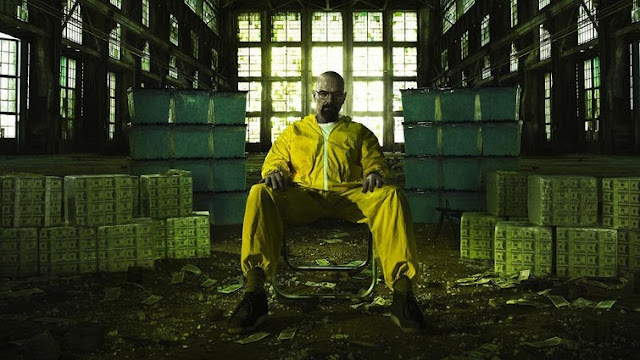 Tonight (Sunday August 11 2013) the best television drama for a number of years ‘Breaking Bad’ returns to American television for its final series. Nominated for 151 awards in total (and winning 47) this is a show that has been an undeniable success with many citing it as the epitome of television drama today. So with just eight episodes left, can Vince Gilligan and co bow out of the game with the show's legacy intact?

“I am very proud of the ending. I can’t wait for everyone to see it. I hope I'm not wildly wrong in my estimation that I think most people are going to dig it.”


That was Vince Gilligan talking to New York Daily News with a quote that not only seems self assured but sounds as if he's ready for the furore that inevitably follows the end of any major series. Unfortunately the fact is it could be the best written ending to any show ever and you can bet that some fans will be leaving the series ultimately disappointed. That is of no fault to any of the writers or cast, it's down to how much of yourself you have invested in the show. And with a cult show like Breaking Bad that for some people is a lot.

Will Walt survive? How will Hank deal with his new found information? And what does it all mean for Jessie? There are so many questions and so many theories now circulating the internet that it seems unfathomable that everyone will get what they want, but then again the show has never been about that. A tale of a chemistry teacher turned drug king pin was never going to be fulfilling and maybe thats what we all need to keep in mind.

Of course the most infamous finale ending for a tv drama was for that of The Sopranos. Can we expect an ending like that? Well no, in fact according to Gilligan in an interview with collider.com it could be more closely compared with Casablanca.

"What better ending is there than that? I’m not saying we’re going to approach that or reach in that direction. Our story doesn’t line up [with Casablanca]. But we’re looking for that kind of satisfaction.”

"It was always intended to be a finite, closed-ended show. You have to know when to hold ‘em and when to fold ‘em. It’s going to be polarizing no matter how you slice it, but you don’t want 10 percent to say it was great and 90 percent to say it sucked ass. You want those numbers to be reversed.”

In any case there is nothing anyone can do about it now! Shooting has finished and the episodes are ready to air, unfortunately living in jolly old England I will have to wait another 24 hours before I get to see all this television gold (thank you Netflix).

I'll leave you with one of my favourite theories of how it will all go down courtesy of a man called Bob Ducca.