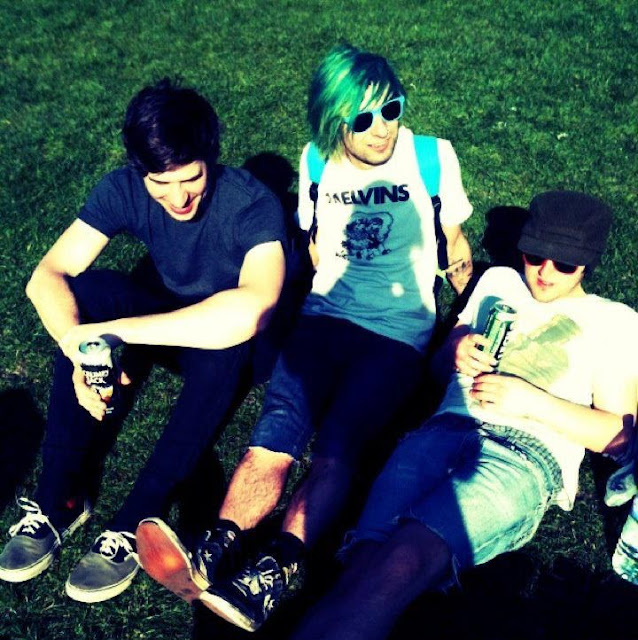 'Japandroids', 'Dananananakroyd', 'Twin Atlantic', 'Biffy Clyro' and now 'Paws'. I first heard this band a few nights ago when they were supporting 'We Are Scientists' at Coventry's Kasbah and they blew me away.

So who are 'Paws'? Rising from the ashes of 'A Copenhagen Hope' they are an indie/alternative rock three piece currently living in Glasgow who are touring with 'The Cribs 'throughout August. Their debut record 'Cokefloat!' was released October last year and is available here! It's a storming record featuring 'agonisingly personal music, poured straight from the heart – just as punk should be' (BBC Music Review - http://www.bbc.co.uk/music/reviews/98m5).

The lyrical content is quite something and the emotion its delivered with is striking, but the thing that I like most about the trio is their no nonsense approach to their songwriting. Don't get me wrong these lads know their way around a chorus but there are no gimmicks and no current trends influencing the 13 songs to be found on 'Cokefloat!'. Its straight up rock n' roll with a modern edge that sounds great at an almost deafening volume.

You can follow Paws on twitter @wehavepaws or check out the latest news and tour dates from the band at www.wehavepaws.com. As for what's next? I'll give the band the final say on that.

'We’ve nearly finished writing our second album so we just need to decide where and when we are going to record it and who with I suppose' - (Source - wetalkyoudie.tv).