Today I turned on the radio and was confronted by something strange, Robin Thicke's smash hit 'Blurred Lines' but as you've never heard it before. It was an acoustic version sung by a man who, to many, has a voice that is instantly recognisable. It was Josh Homme, front man for Queens of the Stone Age and he was performing the track for the 'Live Lounge'. 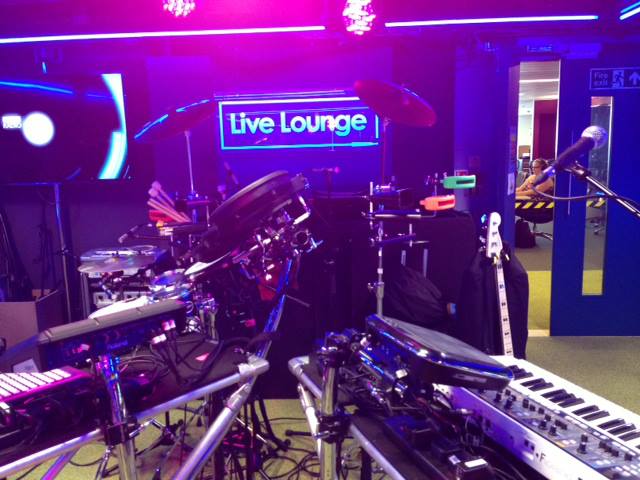 Granted, it's a bit ropey at points. Those unfamiliar with the Live Lounge, its a segment of a show where world renowned artists are set up, more often than not acoustically, and asked to perform a rendition of one of their own tracks as well as a cover of  a popular song in the charts. This leads to some one of a kind covers, with styles applied to tracks never before attempted. So I've made a quick list of the some of my favourites from the archive.

'Katy on a Mission' (Katy B Cover) - Arctic Monkeys

Arctic Monkeys are pretty much guaranteed to produce something outstanding every time they step into the live lounge. They worked wonders with Girls Aloud and their Love Machine as well as giving the late great Amy Winehouse a run for her money with their cover of 'You Know I'm No Good'. The cover i've pipped for though is this Katy B track, successfully transforming an electro club smash into a bluesy rock affair.

Muse decided to scrap the acoustic side of things and dive head first into this Prince cover which is one of the best things the band has produced for a while. Outstanding riff, guitar tone and drum track. A must see.

Featuring Delilah on vocals, the producers transform this rocker into a dubstep stomper. 'Yaowh' has never sounded sexier.


The video above is actually from Oui FM but the version was conceived at the live lounge...they just didn't film it. Anyway great cover, who knew Scottish R&B would sound so good.


Rap artists don't usually do acoustic. So when Lupe Fiasco came into the studio accompanied by just his mate and a guitar it caused a bit of a stir. It turned out to be a genius move with this performance blowing everyone who was listening away and earning a spot on many an mp3 player including mine.

Who You Are (Jessie J Cover) - Twin Atlantic

Jessie J's showy pop vocals are replaced by the most Scottish accent you'll hear in music today. That's not a bad thing mind, as this cover shows the accent adds emotion and passion that miss J struggled to embellish in the original. Very nice cover which has been largely forgotten about, and thats not ok.

Lets end with a rocker. Bring me the Horizon tearing things up as per usual. Slightly odd with them all standing so static but they pretty much nail every note, or whatever you call those things coming from Oli's mouth.

Have I missed any? If so leave recommendations in the comment box below so I can check them out! Spread the love.