Arrested Development Series 4 - Is it any good?

Netflix recently released series 4 of one of the most critically acclaimed comedies of all time, 'Arrested Development'. It's one of those shows that can't be fully explained by just words, but i'll do my best. 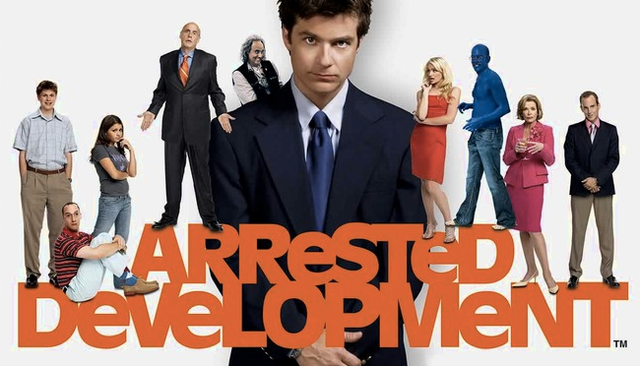 An amalgamation of larger than life characters played by American comedies finest actors combined with unique editing techniques and genius writing makes the show one of a kind. It follows the trials and tribulations of Michael Bluth (Jason Bateman) and his extended family as their real estate business 'The Bluth Company' is found to be invested in illegal dealings with some unsavoury characters. The series was cancelled after three series and has since be lauded as one of the best comedy series created in the last decade.

After being recommissioned by Netflix and with a movie on the way as well, the future of the comedy franchise looks bright theres just one small question hovering over everyones head...is the new stuff up to standard?

Well lets start with what's different with the new series. The format of the shows now focuses on one character per episode instead of being a more mixed affair. This can sometimes be a bit disheartening if you have your favourites in the cast. Personally whenever I hear the phrase "Its George Seniors Arrested Development" at the beginning of an episode my expectations are lowered because he was not a character I usually looked out for. What this format does do however is give the series a stronger running narrative throughout. Unlike the last three series this is not a show that you can dip in and out of. Miss a couple of episodes and you will be utterly lost, finding yourself bombarded with abstract references from the previous show. Luckily it's on Netflix so there really is no excuse to miss an episode.


This narrative isn't just slightly more structured than before however, oh no, it has been meticulously thought over. All nine key characters storylines intertwine and affect each others at multiple times over the duration of the series. This has been done with two or three characters before but NINE!? Its ambitious. Perhaps overly ambitious because although the feeling of satisfaction when another piece of the storylines puzzle falls into place is great, a lot of the time you wish the journey to get to these moments was more direct.

Of course the reason for this complex and at times mind bending format is not just creativity and boundary pushing from creator Mitchell Hurwitz, it was also for practical reasons. The cast of Arrested Development are infinitely more successful and well known than they were before the series. Will Arnette, Michael Cera and Jason Bateman are all movie stars in their own right now and getting all nine stars in the room at one time was just not possible on occasions. The way its been filmed you can clearly tell which actors were available at what times and a host of new support characters have been brought in to compensate for the lack of main character additions in certain episodes. 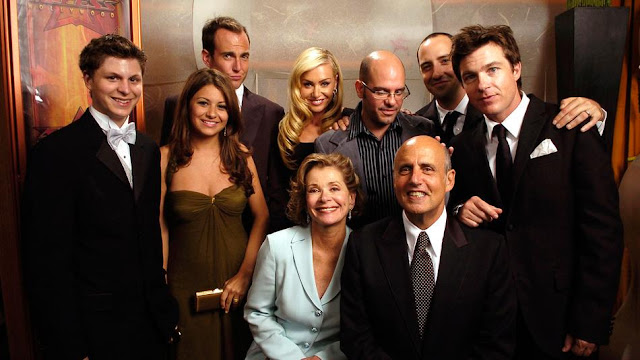 Taking this pretty seismic factor into consideration its a wonder the series exists at all! But it does and its good! Its still laugh out loud funny at moments and adds even more running gags to the series's already long list of running jokes. It falls short of the original series true greatness but not by much! And is it even fair to compare the two projects? In a scientific environment the comparison would not be considered 'fair' due to the different variables available to both. But im getting sidetracked...

All in all, is it worth watching? Yes! Will you enjoy it? Yes! And if the series is anything to go by, the movie with all nine stars committed to the cause fully, will be incredible. So get online and watch it! Here's a 10 minute reminder of why the show is excellent.