Below is an interview I did for ESP Magazine with rising rockers Anavae. They are quite frankly a scarily talented group of individuals who have already started making waves with their blend of alternative/melodic rock. Read on for the feature. 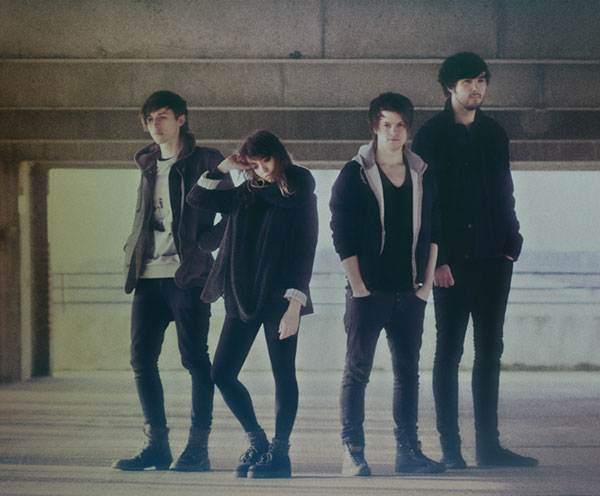 Female fronted alternative rock group Anavae have just headed out on a mini tour with fellow up-and-comers The Hype Theory taking in Plymouth, Andover, Colchester and Nottingham. The band who are from London, with a splash of Peterborough flavour, talked to ESP before the tour about their less than conventional approach to the music industry…

There aren’t many bands around today with as much faith in the internet and new technologies as that of Anavae, a female fronted alternative rock group from London, with a splash of Peterborough flavour. In fact talking to guitarist and song writer Jamie Finch and drummer Seb Gee is an eye opening experience into just how much the internet has contributed to the band’s very existence.

Jamie – “We needed a drummer, so I literally typed in the words ‘drummer’ and ‘London’ into Youtube and Seb popped up! His videos were great and yeah… I invited him to audition, and it was pretty clear after that meeting that he was the drummer we were looking for.”

Seb Gee, the Peterborough ingredient to the Anavae recipe, is someone who falls under the category of ‘Youtube success story’. His channel, consisting of drum covers and tutorials currently has over 3.5 million views (!) and almost 10,000 people have subscribed to his channel. Having played in a variety of locally based bands (including a stint in a group unfortunately called Julio the Leopard) he recently brought his latest project back home for preparations before their first UK tour.

Signed to LAB records alongside acts such as HelloGoodbye and Young Kato they were recently play listed by both Kerrang TV and Scuzz TV, music channels which are available on digital television. Usually an exciting moment for up and coming bands…

Jamie – “Yeah when we were first told about it, I didn’t really see the point. Our videos are online anyway so you can view them whenever. I suppose it validated our success to a degree but I'm’m not really into it.”

Seb – “The internet is so much more powerful than TV now, it gives you immediate feedback and the power to see how many people like your video, plus you don’t rely on people watching a certain channel at a certain time for your video to get exposure.”


It’s a bold statement of forward thinking which stays in tune with how the band have approached things so far. Their first E.P was released with a Radiohead-esque ‘Pay what you want’ system, they’ve hosted a live streaming gig online which utilised a ‘tip jar’ set up where you pay to watch and they have a Twitter following which is 50,000 strong! Three methods of promotion unheard of a decade ago.

This slightly alien approach is paying dividends in a big way, and it looks as if things in the Anavae camp are about to get hectic. So with the stages looking to get bigger, who does the band want to play alongside in the future?

Jamie – “Well we love movie soundtracks, so performing or collaborating with someone like Hans Zimmer is the dream (Laughs)… that would be interesting!”

Seb – “We’re big fans of Mallory Knox and We Are Fiction so to share a stage with them would be pretty cool.”

Ah yes, We Are Fiction. Another local band making waves on the national rock scene. Can we expect a homecoming gig featuring the two acts in the near future?

Seb – “We’re trying to organise something soon actually, which would be very special for me so keep your eyes peeled.”

Fingers crossed! Until then you can catch Anavae online or on tour, where they spend most of their time nowadays. They’re keeping themselves busy because as they say in new single Storm Chaser – ‘It’s easy to strive for perfection when you’re never bored’.