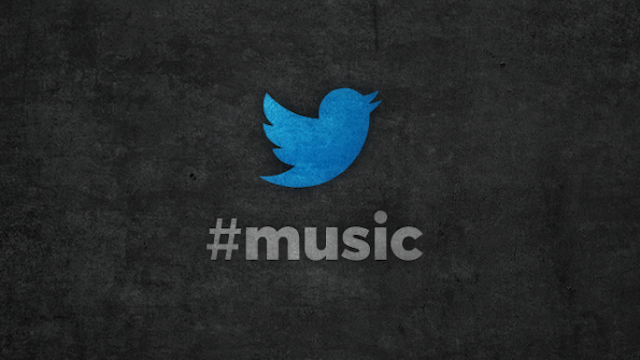 Social media giant Twitter has launched its new music service entitled '#music', which as the name suggests makes use of the sites popular hashtag function. But is this foray into the music industry a worthwhile one? And does the service provide users with anything new? After living with the iphone app for a few days now here are a few of my thoughts and opinions on Twitters musical side project.

"Twitter and music go great together. People share and discover new songs and albums every day. Many of the most-followed accounts on Twitter are musicians, and half of all users follow at least one musician. This is why artists turn to Twitter first to connect with their fans — and why we wanted to find a way to surface songs people are tweeting about."

Twitter engineer Stephen Phillips talking us through the thought process of this new venture on the social networks recent blog (which you can read here!)  rightly pointing out the already strong connection between Twitter and the music industry. So what does this service actually do? 'Twitter #music' has four primary functions, all of which aim to introduce the user to new music being shared on Twitter. These functions operate under the following tabs...

So far my experiences using the 'Popular' and 'Suggested' functions are, at best disappointing. The 'Popular' tab is a carbon copy of every other pop music chart in existence, therefore a largely redundant addition. Whereas the 'Suggested' tab is consistently off the mark. What it seems to be doing is taking genres of artists I already follow (Skrillex, Weezer and Deftones for example) and offering up popular examples of that genre. Not exactly groundbreaking. 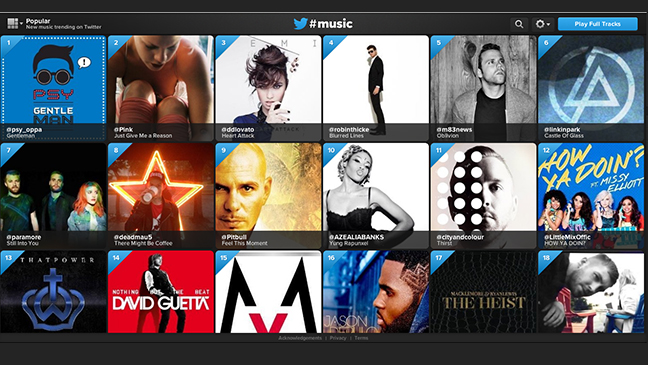 The 'Emerging' tab is much more promising, helping you spot up and coming artists. You can even decide whether there your cup of tea by viewing who they are following on their profile. Along with of course listening to previews of the artists music. These 30 second previews are provided courtesy of itunes, full versions can be obtained by connecting the app to a 'Spotify' or 'Rdio' account.

Finally the #NowPlaying feature, which again has potential. This is provided that people use the hashtag  that is, otherwise it'll be a very blank tab indeed. Recent data looks promising however! In the first 24 hours its estimated #nowplaying was used in the app around 226,000 times which is a good start. *(at the time of writing however not one of the people i'm following has used it).

The look and design of the app itself is very impressive. Sleek and professional, its a nice experience browsing through the different tabs, exploring the up and coming artists and basking in the stacks and stacks of artwork on show. Busy looking yes but never cluttered, the app makes the most of the space its got. It has its flaws however. If an artist doesn't have a Twitter account (notably Daft Punk amongst others) then they are nowhere to be seen. Without a Spotify or Rdio account the app is a shadow of what it could be so those without accounts should either invest in one or avoid completely.

Ultimately the app depends on how much you use the social network to begin with. Those who follow a lot of artists and spend time using the correct hashtags will enjoy the experience, however casual users whose interests span far and wide may find the experience unfulfilling. Its an interesting step for the social network though, and shows that this is another social media phenomenon with ambition to push boundaries. We've already seen this with Vine and #music follows in the same vein. So exciting stuff at Twitter towers! #music isn't quite the finished article but its a start.