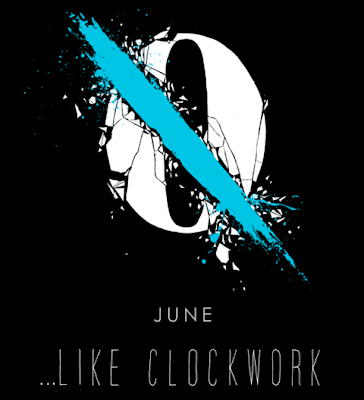 The Rock n' Roll behemoths are back. Queens of the Stone Age (QOTSA) have announced the release date of new album "...Like Clockwork" with us lucky Brits getting it a day earlier than our American cousins on Monday June the 3rd. Cause for celebration indeed! Especially with the comeback single "My God is the Sun" sounding like it could be added to the backdrop of a particularly nasty Mexican standoff.

So what else do we know about the album? Well we know that Dave Grohl has contributed some drums to the record for the first time since Songs for the Deaf, we know that Nick Oliveri will be making his first appearance on a QOTSA record since Songs for the Deaf and we know that erm... Sir Elton John is involved somewhere...which is a curveball to say the least! The Rocketman isn't the only strange inclusion either, Scissor Sisters member Jake Shears gets an album credit, his name slotted in next to rock royalty such as Trent Reznor and Brody Dalle as if it were the most natural thing in the world!

Crazy collaborations aren't the only strange things going on at QOTSA HQ. The desert dwelling supergroup have gone all cryptic in these past months leading up to the album announcement, sending strange messages to various music mags, each one more baffling than the next. My personal favourites are the ones sent to "Kerrang!" and "Mojo" but there are plenty more. 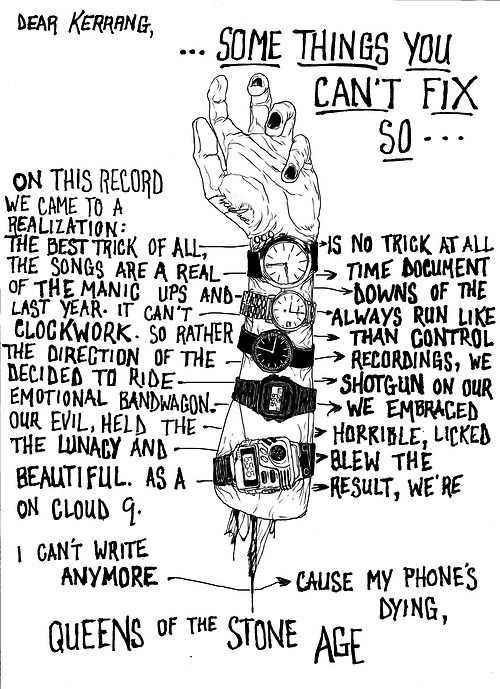 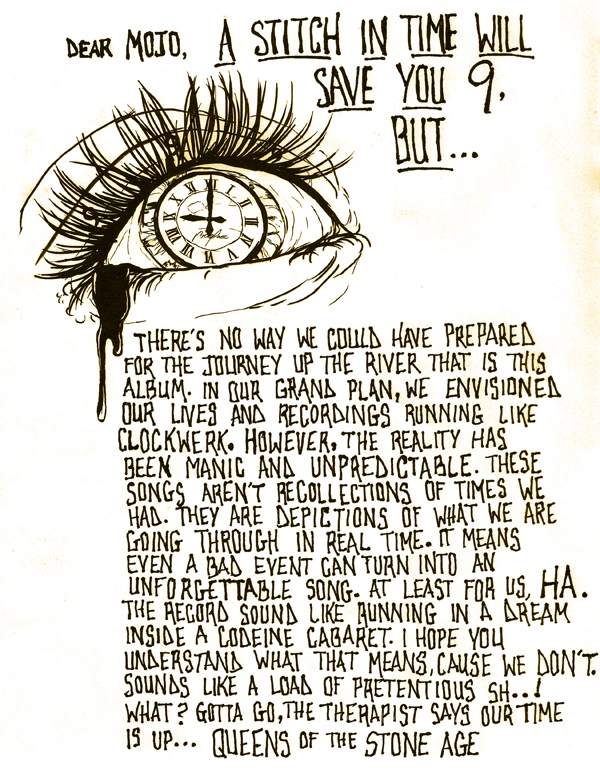 I'm intrigued so I guess the campaign has worked! As well as these bizarre ramblings, we have been treated to a short mockumentary featuring the core QOTSA members and comedian Matt Berry entitled "Secrets of the Sound". Even if you're not a fan of the bands music (and if not well done for making it this far) i implore you to watch it. Matt Berry's a funny chap.


"Secrets of the Sound": Feat. QOTSA and Matt Berry.


Obviously this is a band not exactly averse to strange behaviour. During the promo for Era Vulgaris for example they created the characters "Bulby" and "Patchy" who featured on the cover. They also featured in a series of videos in which the characters got up to all kinds of weird antics. And did I mention they have a song called "The Fun Machine Took a Shit and Died"? Well they do. Whatever your views on their unique brand of advertising, you can't deny the tunes and album six looks set to follow on in the pretty sizeable footsteps of their already mighty back catalogue.

To conclude, I shall post a link of "Bulby" getting up to some strange behaviour and a recent live performance of "Little Sister" in which Pearl Jam frontman Eddie Vedder is invited on stage to sing backing vocals and play cowbell. Its another chapter in the saga that is QOTSA. You can't even hear it.