The Wisdom Of Youtube Users And The Golden Rules.

It's the site that displays the antics of the internet's many, many users. Whether it be a South Korean popstars latest music video or a cat playing the keyboard, whatever your in the mood to watch its a pretty safe bet that Youtube will be able to provide. However Youtube is not just famous for its video content, oh no. The comment box below most clips is often filled to the brim with wise words and constructive criticism that the video owner can read and take on board when the time comes for them to sit down and work on their next endeavour.

Actually that last sentence is being economical with the truth...to say the least. In fact a fair few of the sites users should take the advice from the saying "Think Before You Speak" or "Think Before You Post" as the case may be. To demonstrate this point I logged into my Youtube account and clicked on the first video that appeared which was "UKF musics" latest upload, after a few seconds of scrolling through some standard viewpoints I came across this post which not only had nothing to do with the video on show, but also displayed a rather simplified viewpoint of the cause and effect theory (names have been removed to save the blushes of the unfortunate parties).

The argument about whether viewing content effects behaviour is an age old question, this user has delicately put forward his stance on the subject with a grace and attention to detail rarely seen in today's literature. You maybe asking yourself "How did a video featuring entirely of a music track create that outburst?". The answer is entirely down to the ever colourful site users, who's interaction with content can be both helpful and troublesome to the overall Youtube experience. 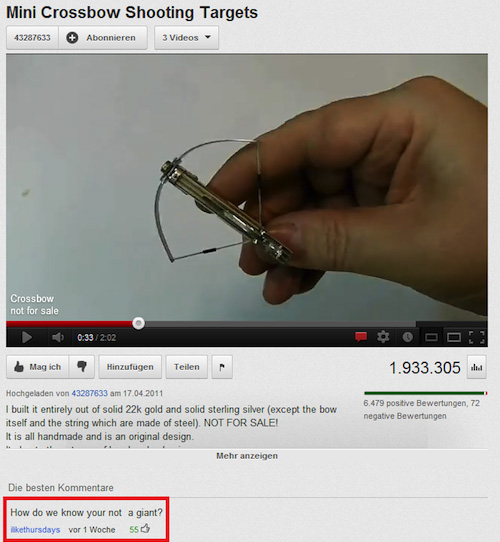 There are gems to be found in the comment section (like the one above) which shows you why the comment section can be a great thing! Although I've already pointed out an instance of outspoken lunacy from one user, the vast majority are level headed people who will be able to ignore the "trolls" and enjoy their time on the site. However having said that, even the best of us can have a lapse in integrity. For that reason I have created three very simple "Golden Rules", which will exponentially enhance your Youtube experience.

1. If You Haven't Got Anything Nice To Say, Don't Say Anything At All.

A very easy rule to follow one might think. However when your identity is masked behind a username and there are already others hurling abuse at a poor users video attempt, you may be tempted to hop aboard the bandwagon and start throwing down expletives. BUT DON'T! A thumbs down will suffice, or some constructive criticism. But full blown abuse? Rise above!
2. Don't Take Yourself Too Seriously.

This should just be a general rule when surfing the world wide web, but even more so when on a site with so many users as Youtube. Make jokes, laugh and make witty remarks in response to others! Safe in the knowledge that you are more secure in yourself than the hate-mongers are with themselves. 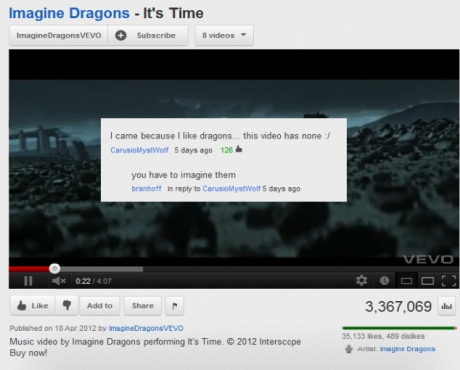 Life's too short to be trolling and complaining about videos you don't like, your much better off watching content you do like. It sounds simple but the amount of people who trawl that site watching and then commenting on things they know they'll not enjoy is staggering! Also if you think something funny needs to be said, you're probably right. So go out and write something funny. Like these guys.. 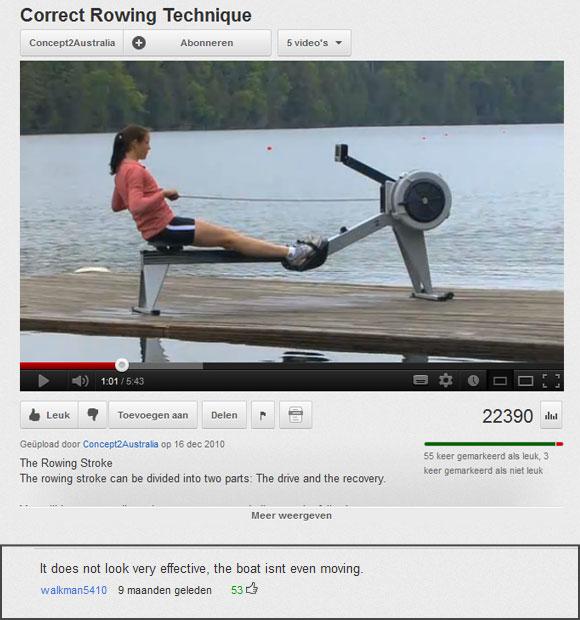 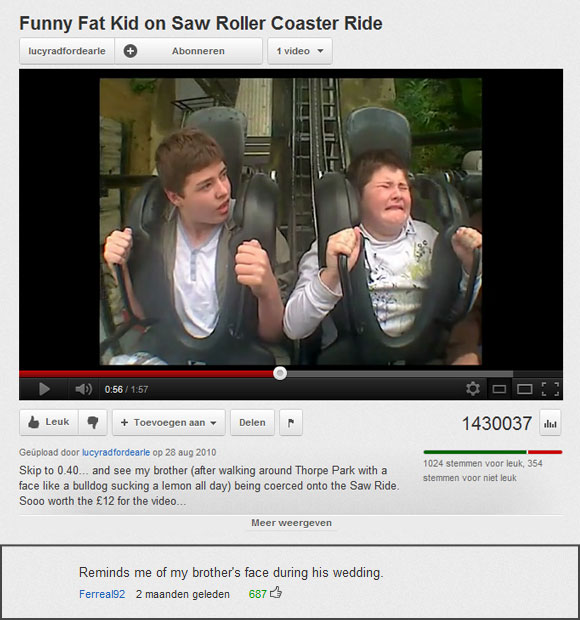 So ladies and gentleman be on the look out for gems of brilliance the next time you're on the site. And if you can't find any, its your turn to be the contributor! Or if your not up to it, just relax and watch one of the sites many pointless, yet endlessly entertaining videos. Here's a personal favourite...which probably says a lot about my intellectuality and maturity. Enjoy! 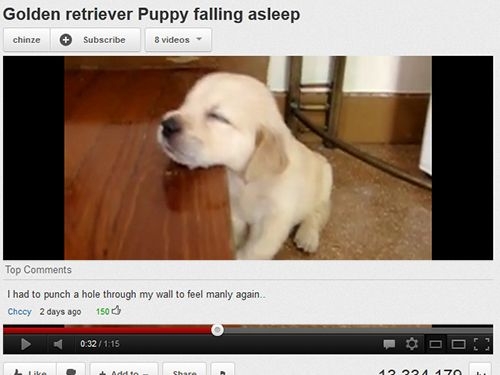