So the line up has been announced. Arctic Monkeys, THE ROLLING STONES and Mumford and Sons will be headlining the "Pyramid Stage". Three of Britain's best. The line-up so far is below, and many more acts have yet to be announced!

*"The Smashing Pumpkins" are there as well. Which has to be worth a special mention.
* A more in depth review of the line up will be coming in the following weeks. 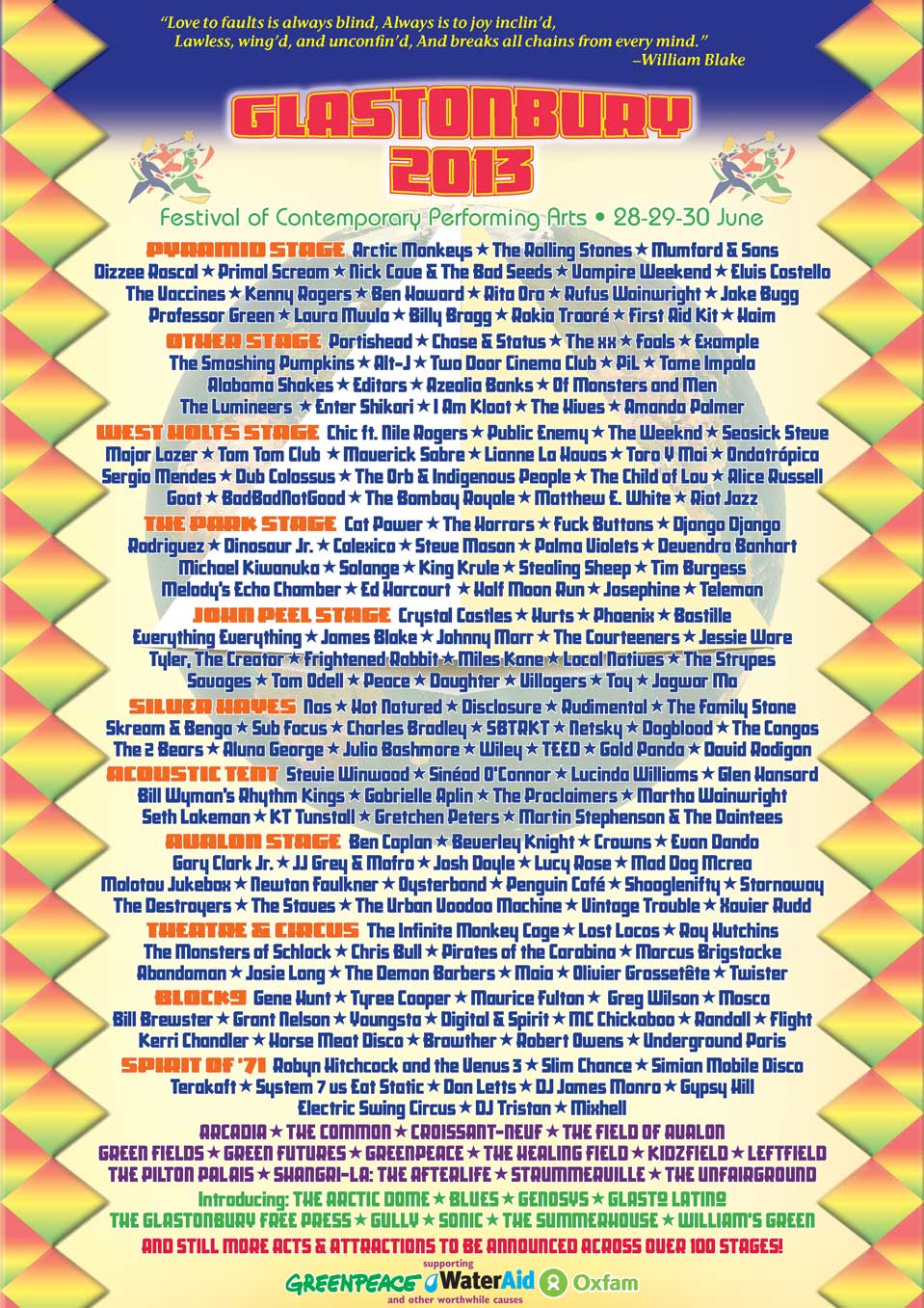