Five thousand pounds. That's the amount I was quoted when enquiring about getting insured on my parents car. Five. Thousand. Pounds. I'm not quite sure if they were being entirely serious with me or they just wanted to send me into post traumatic shock. Whatever they were thinking they successfully put me off getting insured on that car and im now looking for my own auto-mobile!

Problem is the ones realistically available to me are not great. Basic 1.0 - 1.2 litre engines with something of a depressing quality to their appearance, not brilliant material for a blog post. But there are some pretty impressive machines available to buy out there which could make you the coolest (or strangest) guy in your community. 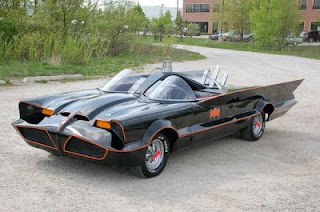 Oh yes. This is more like it. A car as ridiculous as it is bad ass. Secretly every man in the world wants this car, just imagine the women who would fling themselves at you driving this babe magnet!? It could be yours for just £53266 at http://www.carandclassic.co.uk/car/C154534. The guys over at car and classic have tried writing an appealing description for the car quoting that "Batman would love to drive this cool clone BatMoblie into his bat-cave" and that "Cat Woman will love this Batmobile". They do stress however that this is strictly for "Serious Batmobile Collectors". So if you do buy this you are obliged to buy at least one more Batmobile, which is fine because as the saying goes "You can never have too many Batmobiles". 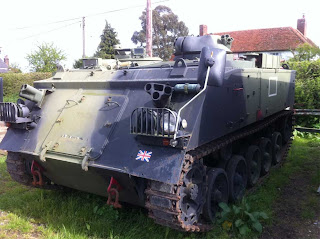 Sometimes the only vehicle that makes sense is a tank. If you're a safety conscious individual with perhaps a young daughter who is eager to start driving lessons, look no further than this massive tank. For the measly sum of £6000 this mechanical beast of war can be yours. If being a tank wasn't enough to convince you into a purchase its tax exempt and is fully licensed to be driven on public roads. Bargain. Click here for a better look at the massive tank for sale.

The A Team Van 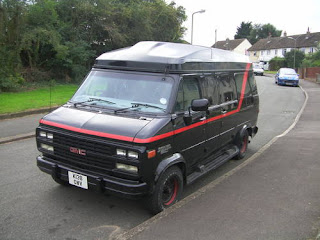 Previous owners were sent to prison for a crime they didn't commit etc etc. £4000! For the A Team van! Unfortunately this van comes with a lot of responsibility. Not only must you be willing to take up the nickname "Twat with the A-Team Van" you must also be willing to change careers and form a crime fighting squad the likes of which the world has never seen. With Great A Team van comes great responsibility. http://www.carandclassic.co.uk/car/C331520 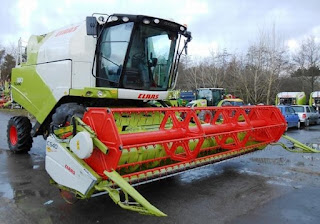 I was about to do a Wurzels joke but I decided against it. Probably even more dangerous than the tank, this machine ensures that nobody will mess with you on the road because if they do you can unleash a hundred blades of anger against their unsuspecting vehicle. It's the most expensive vehicle on the list however at £85,500 and if you ever do choose to use it as a weapon you'll be in the bad books. And we don't want that now do we? Buy it here!

For now though I'll be looking for Corsa's and other less impressive vehicles, if you do know of any good deals get in touch!