I originally set out to write about ten albums in this blog however after much thought and deliberation I've decided that five is an all round stronger option. Top tens are very 2012. Its all about top fives in 2013 and though technically, at the time of writing, its still very much 2012 I see no reason not to buck the trend and dive head first into 2013's top five-ness*. After all this means I can do a more in depth look into the albums lucky enough to make the grade and hopefully convince some of you to give my choices a gander if you haven't already! So lets begin! In no particular order...

5. Future Of The Left - "the plot against common sense" 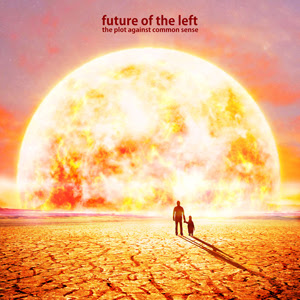 The winning album of this years "Welsh Music Prize", Future Of The Left have succeeded in making yet another bizarre rock amalgamation which combines clever lyrics, unique song structures and intense musicianship. Banning capital letters for this venture, it takes approximately seventeen seconds of "sheena is a t-shirt salesman" to get into the swing of things and is the first of many musical tirades against anything and everything the band sees wrong with the world. Which is a lot as it happens.
The first half of the album is steady but its the second half that really shines. "robocop 4" and "i am the least of your problems" are stand out tracks and "notes on achieving orbit" brings proceedings to a close in style.
This album showcases what indie label rock music is all about. Its unapologetic, fearless and you can be sure that no other band out there is writing and performing songs like these. 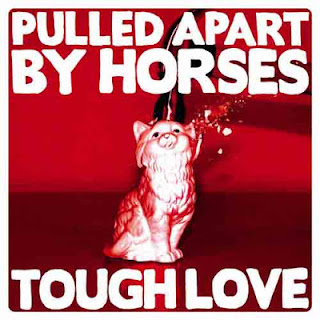 An album that's as Rock & Roll as a massive rock rolling. Tough Love has no time for anything other than riffs, breakdowns and the strained screams of a Yorkshireman. A more focused effort than their self titled debut, Pulled Apart By Horses (PABH) have dropped their sometimes over complex ideas present in the last album, specifically in songs like "Meat Balloon" (which sounded like three songs crammed into one), and concentrated on getting the most out of a single idea resulting in a more cohesive album full to the brim of big choruses.
Singles "Epic Myth" and "V.E.N.O.M" are perfect examples of the quality this album possesses and after a couple of listens almost every song becomes a highlight. High five guys high five. 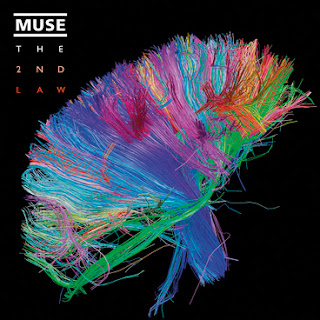 Alex praising Muse I hear you say!?!?!? Surely not! Say black is white, say day is night but I refuse to believe that Alex Jones would ever compliment the band known as Muse. Those who know me will realise I am in fact a big fan of Muse and therefore be not the least bit surprised that this album has made my top 5. But does it deserve to be here? Yes...but only just.
"The 2nd Law" sounds like Matt Bellamy and co said yes to every idea put on the table. Minimalist dubstep lovesong? Why not, lets call it "Madness". London 2012 theme song complete with orchestral intro and choir? Sounds good, lets name that one "Survival".
As a body of work its a tad schizophrenic but the songs themselves, for the most part, stand up. Its no Origin Of Symmetry but this is my list and a pretty good Muse album is, in my eyes anyway, better than most. 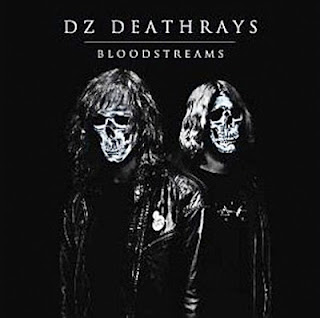 Two piece bands are brave. There’s no chance the lead guitar mistakes will be masked amongst the noise, no hiding at the back whilst others front and assert their stage presence and you better have an athletic road crew if you hope to start a 5-aside football team. Nope. If you decide to be a two piece it’s quite the responsibility.
However after listening to the almighty racket that DZ Deathrays debut album “Bloodstreams” packs, you might be convinced that the two piece approach is the future! As soon as “Teenage Kickstarts”…kickstarts all pre-conceptions and concerns about the number of band members (or lack of) are gone. Because you realise that this record is going to be fun.

Buzzsaw bass guitar riffs and intense drums drive this record from start to finish. Not without its quiet moments "Dumb It Down" gives listeners a much needed rest but for the most part this is an album you can stick on at a house party and it would feel right at home. 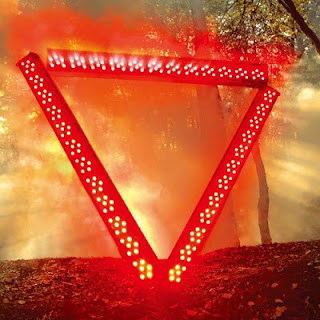 Enter Shikari's third and finest effort to date. "A Flash Flood Of Colour" (AFFOC) is the sound of rock and electronic music combining to form one almighty sound. Unlike other acts the electronics don't sound forced or crammed in to appeal to different markets or demographics, no it comes to them naturally. Ditching the club like synths present on Common Dreads, the boys from St. Albans opted for darker dirtier sounding electronics this time round meaning tracks like "Search Party" and "Hello Tyrannosaurus Meet Tyrannicide" sound meaner and heavier than a bouncer on new years eve.
Its not all ferocity and rage though, "Stalemate" is almost relaxing in its way and "Constellations" is 90% a tender ballad! A pleasant and thoroughly enjoyable listen even if the subject matter is a bit doom and gloom. DOWN WITH THATCHER.